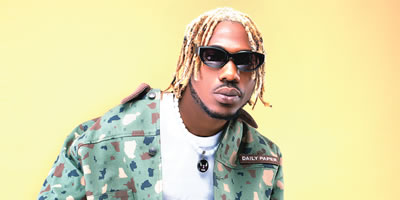 In a bid to give fans a taste of what to expect from the album later this month, music star and self acclaimed lyrical king, Shokoya Oluwasegun David, famous as Davolee has released a new single, entitled Play, which is one of the most anticipated tracks off his yet-to-be released album.

Speaking about his music journey, Davolee said his life and aspiration reflect the journey over the years and how music became a means for him to speak his truth and share his dreams with fans.

He said despite the odds that keep rising against hard working people, ‘Play’ is the kind of song that will help many people ease off stress and tension that come with making a living in a country like Nigeria where the common man struggles daily to survive.

Describing himself as a lyrical genius, the rapper said he was able to sing his way into the hearts of many music lovers, who according to him have continued to support and show him love since he became a popular face on the music scene.

He described the song as groovy tune that would keep people dancing and thrilled during and after festive season. Davolee who has come a long way in the music industry is said he is also working on his 15-track debut album which would be released this month.

“I want people to enjoy the new song before I drop my debut album this month. Play will give them a taste of what to expect from my album. I can assure my fans that this album will prove to them that I am made for music”, he said.

I’m ready to interpret any role I get — Adeyemi

I never had cosmetic surgery on my boobs —Annjay Chioma