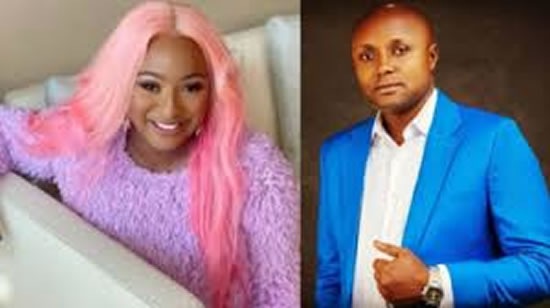 In the letter, Isreal was given a 7-day ultimatum to retract his earlier comments on the issue and also make a public apology to DJ Cuppy with an assurance not to ever interfere in anything that relates to the Disk Jockey and her brand in the future.

Isreal made a claim some weeks back via his Instagram page, saying DJ Cuppy didn’t compensate singer Zlatan Ibile for his feature on their hit song ‘Gelato’. According to him, this led to Zlatan blocking DJ Cuppy and denied knowing her in public.

This generated a lot of reactions from their fans and many Nigerians, while some resorted to dragging DJ Cuppy on her page and asking her to pay Zlatan his money, hence, Cuppy suing Isreal for defamation and libel.

Israel finally apologized in a video which has since gone viral, begging DJ Cuppy.

In the video, said: “‘My name is Afeare Israel. I want to apologize to you Cuppy Otedola for my last post about you and Zlatan. I’m very sorry for the embarrassment it has caused you and your family.

“Please don’t be offended. It will never happen again. I hereby retract the statement. I am sorry it is false. It was actually what I heard. We have been good friends for many years including your dad. Thank you very much.’’