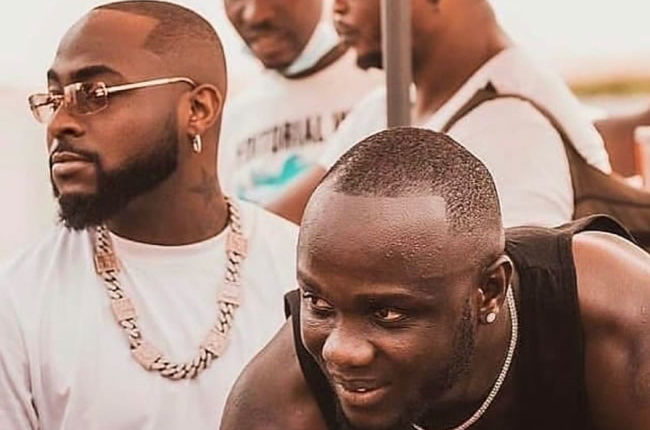 Singer, Davido on Thursday, broke his silence on the demise of his personal assistant and associate, Habeebat Uthman, popularly known as Obama 44.

Obama who is well known in the music industry as Davido’s right hand man died last week of what his people described as heart failure after he was said to have complained of having difficulty breathing.

A candle night possession was held in his honour at his Lekki residence today with top celebrities, friends and associates including his artistes, Ayanfe among others betraying emotions.

With a flurry of emotional messages trailing his death, fans had waited to hear from Davido but the singer who R had reported to be devastated by the sudden demise of Obama broke in a statement eulogised his late friend.

The tweets read: “This is by far the hardest thing I’ve had to write. Hurt, broken, sad, and lost. For the first time in my life, I am extremely confused. The pain is one I cannot explain. 44 was more than an elder brother to me, he was a protector, someone that literally just always made me smile.

“You became so peaceful. You found peace and purpose, a true generational influence. I cannot even begin to count the amount of people you helped, artistes you brought to me, people you brought together in nothing but love and brotherhood. Actors, artistes, influencers all. God!

“44 I swear you will never be forgotten. Up until now I cannot believe this is real, I don’t even know what I’m writing, I’m just writing. I’m just confused.

“This has been such a haunting week for all of us. All of us, me, his family, his son, his daughter, his brothers, his friends, a whole brotherhood; God give us all the strength. This isn’t even about me, it’s about all of us, and all the amazing plans and vision you had.

Electoral Act Bill: As opposition mounts against another legislative ambush