Davido says he will feature in two more movies this year 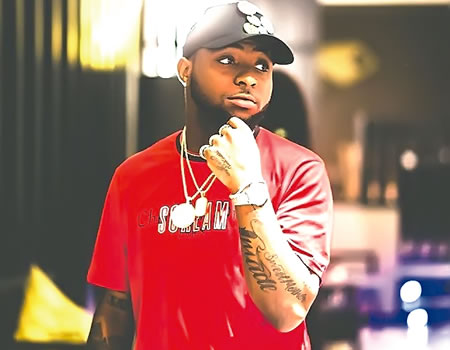 His cameo appearance in the newly released blockbuster movie, Coming to America 2 has unlocked a new passion for Nigerian Afro pop singer, David Adeleke, otherwise known as Davido, as the IF singer has hinted that he would be featuring in two new movies this year.

Davido may have made a name for himself in music but his recent revelation of a new romance with acting has thrown some of his fans into frenzy with some of them asking their favourite singer to give it all it takes.

Speaking about his involvement in the movie Coming to America 2, Davido said he was excited to have featured in the project that came as a surprise to many people but the FEM crooner is said to be ready to give acting more than a shot as he revealed plans were ongoing for more appearances.

On the sidelines of his recent concert in Houston days back, Davido confirmed that he is starring in two more movies this year.

In his words,” I am super excited to be back doing music concerts after a long break due to covid-19 restrictions. I am really happy to be sharing love through music once again and giving my fans something they have missed for a long time. I am happy about Coming to America, but let me shock you, I will be featuring in two more movies this year,” he said.

My encounter with God inspired my new single —Bunmi Sunkanmi

How I am creating empowerment for women through my music, writings, drawings —Folashade