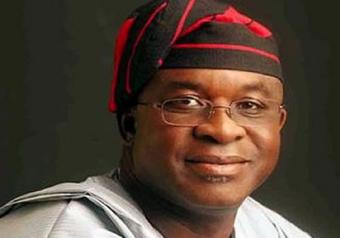 “I will continue to contribute to the wellbeing and the development of our country. I will remain a peace ambassador, both in Benue State and Nigeria at large. I will uphold the sanctity of peace and unity. More than anything, Nigeria needs peace and unity. We need to bond together as one people with a common destiny. Let us believe and have faith in our country. We should do our best to make the nation work because we have no other country to call ours.”

These were the inspiring words of a combatant soldier, distinguished parliamentarian and patriot, Senator David Alechenu Bonaventure Mark GCON, FNIM, FNIPR, President of the sixth and seventh Senate (2007 to 2015), in his avowed commitment to the unity, stability, development and prosperity of Nigeria.

This soldier-cum politician, astute administrator and cerebral parliamentarian, still brimming with his smart salute and patriotic gait will, tomorrow, turn 72. Expectedly, Senator Mark has been overwhelmed by the deluge of encomium, goodwill messages and prayers for his contributions to the development of the nation and humanity.

Through the formative years in his career as a soldier, military governor of old Niger State, Minister of Communications and member, Armed Forces Ruling Council (AFRC), President of the Senate, 2019 presidential aspirant and now as an elder statesman, Mark has remained outstanding in his display of loyalty to national stability and cohesion.

At 72, Mark stands tall as one of the brave and patriotic military officers who stood to be counted in the battle to secure the unity of the nation during the ill-fated 30 month-old Nigeria/Biafra fratricidal civil war. He holds the laurel as one military officer who proved, while serving as the governor of Niger State as well as the Minister of Communications, that opportunities bestowed by military positions can be utilised in achieving peace, stability and national cohesion for the good of all.

As the military governor of Niger State (1984 to 1986), David Mark stood out with his articulation and prompt implementation of development-oriented policies and programmes that laid the solid foundation for infrastructural and human capital development in the state. Of particular reference is his introduction of the compulsory girl-child education, an initiative that earned Niger State the leading position in girl-child education among the northern states till date.

Upon appointment as the Minister of Communications in 1988, Mark brought in managerial discipline and strategic initiatives that laid the foundation for the modernisation of the communication sector in Nigeria. Among other initiatives, he reorganised the operations of NIPOST and NITEL, leading to the introduction of city coding system and construction of ultra-modern digital earth stations. He also laid the platform for mobile and digital telephone system in the country. Unarguably, Senator Mark saw tomorrow.

Mark is one of the disciplined public officers whose actions have demonstrated that our nation can get it right if we apply ourselves to the good of the country. His career in the military no doubt prepared him for various leadership roles which the nation reaped to the fullest with his ascendancy to the position of the President of the Senate. He left no one in doubt about his competence when his political dexterity, understanding of the Nigerian socio-political dynamics and sense of patriotism saved our nation from a riotous constitutional crisis in 2010 when he invoked  the now famous “Doctrine of Necessity “ to solve an intractable political impasse.

Driven by patriotic zeal, Mark returned to Nigeria from self-exile in 1998 and immediately responded to the yearnings and promptings by his people, contested for the Senate, upon which he was elected as the senator for Benue South Senatorial District in 1999 on the platform of the Peoples Democratic Party (PDP). As evidence of the love his people have for him, he was re-elected in 2003, 2007, 2011, 2015 and 2016.

Mark’s tenure as Senate President (2007 to 2015) was characterised by parliamentary stability, harmonious relationship with other arms of government, particularly the executive, without compromising its statutory powers of checks and balances as well as parliamentary interventions to complex national challenges. His survival as Senate President for eight uninterrupted years where others before him failed, and when he was not given a whiff of a chance to survive the murky political waters, is a study in political brinkmanship.

Of particular reference was Mark’s success in using the Senate in 2007 as a consultation platform to reach stakeholders in the crisis-ridden Niger Delta region and laid the grounds for the resolution of issues that led to armed struggles in the area. The success of the Amnesty Programme by the President Umaru Yar’Adua’s administration to stabilise the oil-bearing Niger Delta region was principally made possible by the successful interventions in the area on account of Mark’s led Senate Retreat in Port Harcourt, Rivers State in 2007.

Worthy of note is the fact that Mark was able to reengineer the Senate and, of course, the National Assembly to its first successful amendment of the Constitution of the Federal Republic of Nigeria since the return of democracy in 1999. His understanding of political exigencies, exceptional display of administrative dexterity earned him the sobriquet Mr Stability for stabilising the Senate and indeed, the National Assembly and making the legislature the epicentre for harmonious interplay among the three arms of governments.

Even at age 72 and out of government, Senator Mark had no oars to rest on. He has kept his words to continue to be at the forefront in contributing to the wellbeing and the development of the country. He has continued to provide direction for leaders on complex national issues. His recent campaign against the Coronavirus pandemic, urging all hands to be on deck for a total battle against the COVID-19, further showcased his undying commitment towards the good of the nation.

He has remained constant like the proverbial Northern star. Recall that in 2015 when his party, the PDP, lost at the federal level and virtually all the big wigs in the party defected to the rival All Progressives Congress (APC), Senator Mark, against all promptings, insisted that he will not leave the PDP and that he will be the last man standing. He posited then that those who ran away on account of PDP’s misfortune would make U-turn when things turn around. Events afterwards preceding the 2019 general elections proved that Senator Mark, like a prophet, saw tomorrow.

Indeed, Mark’s place as a patriot, a true nationalist and one of the most outstanding contemporary leading lights of our nation is unarguably secured in our national annals. He remains a fine democrat and icon of parliamentary excellence; a man of patriotic vigour without vanity, strength without insolence and who has amply proven that the very essence of public office is using the privileges and opportunities therewith for the wellbeing of all.

NCC, ALTON dispel rumour on connection between 5G and COVID-19