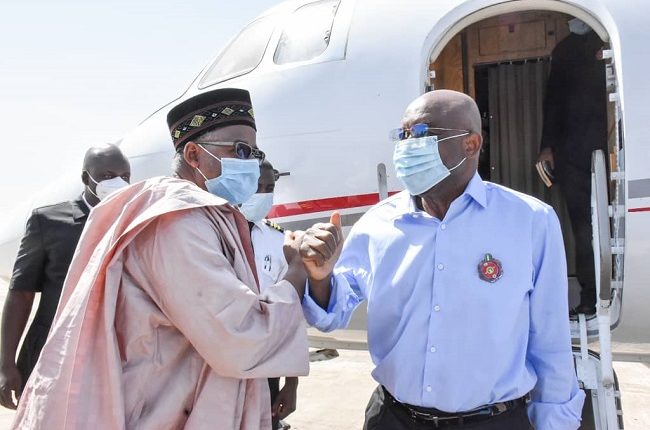 The need for inclusive governance that has the welfare of the people at heart has been stressed if democratic government is to thrive in the country just as construction of accessible roads particularly to open up rural communities has been advocated for.

The assertion was made by former Senate President, David Bonaventure Mark while flagging off the construction of three rural roads in Bauchi on Tuesday.

While speaking at the ceremony held in Katanga Warji for the construction of the 13.5km Warji – Gwaram rural road, the two-term President of the Nigerian Senate said that opening up the rural areas will bring development closer to the people.

He, therefore, commended Bauchi State Governor, Sen Bala Mohammed Abdulkadir, for embarking on the construction of roads particularly rural roads urging him to do more until all rural communities were linked up to development.

Bauchi State Governor, Sen Bala Mohammed Abdulkadir, in his speech declared that roads are pivotal to development because accessibility is key to effective governance the more reason his administration has embarked on massive construction of roads across the state.

The governor added that the priority of his PDP led administration is to change the perspective of governance in the state in order to make it rank among its contemporaries in the country.

Bala Mohammed explained that the 3 roads will cost the government a total of sum N7.3 billion and will be completed within 24 dry months expressing confidence that the contractor, Habibu Nigeria Engineering will deliver as expected.

The Governor who was full of appreciation for the cooperation between the executive and legislative arms of government stressed that without such collaboration it will be difficult for any democratic government to succeed.

Earlier, Commissioner of Works and Transport, Abdulkadir Ibrahim, said that roads are a measure of the development of any area stressing that without good access road a state cannot be regarded as developed.

The Commissioner who disclosed that so far since coming on board, the Bala Mohammed Abdulkadir led PDP administration has completed 10 roads across the state while 19 others are at various stages of construction with the aim of opening up the rural areas for grassroots development.

Chairman, Bauchi State House Committee on Works, Yusuf Inuwa Dadiye stated that the Legislative arm is proud to be associated with the Executive arm because according to him what they want is the development and the executive is doing well in that area.

He said that they were surprised to see that 23 different roads are being construed across the state within a short period assuring that the Assembly will continue to collaborate with the executive.

Chairman of Warji LGC, Adamu Mohammed Danjumai commended the construction of the road which he said will further connect the area to the rest of the Northern part of the state as well as neighbouring states of Kano and Jigawa.

Kukah spoke our minds, nothing must happen to him ― ECWA