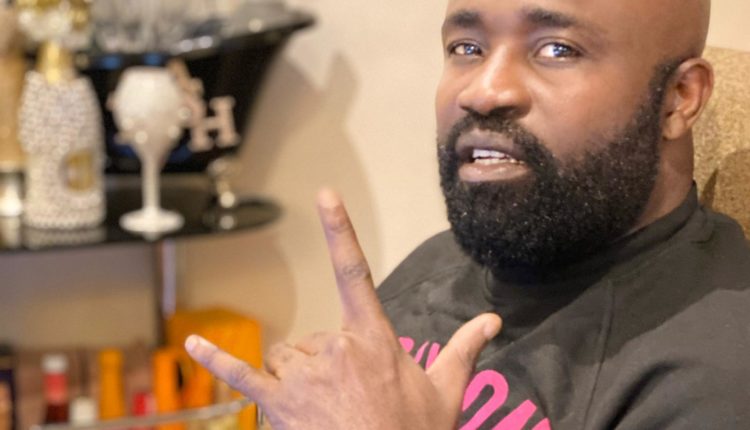 Finally, the Nigerian–UK based Afrobeat recording artiste, Oluwaseun Oluyole, who is better known by the stage name, Sean Dampte, during the weekend, landed in his motherland, Nigeria, with glitz and glamour.

His arrival, which had been long expected, is being described by his fans as the ‘greatest homecoming’ owing to the fact that he hasn’t been to Nigeria in a considerable period, but his Nigerian fans have been enjoying his music, usually and perfectly concocted from Afrobeat and world music, which he delivers uniquely with style.

Dampte, whose purposes of coming to Nigeria include entertainment, meet and hangout with die hard fans, according to his management, pegged the upcoming ‘Meet and Greet’ session fee at #500,000, and mentioned that fans have started booking. Although many fans feel left out, this will not diminish the love as Sean Dampte is known to be a cheerful giver on social media.

His words: “I’m coming for the fans! They haven’t seen me in a while. There will be a meet and greet session where we will all have enough time to relate and have much fun. And more so, I would be shooting the video for my track, African Lady, coming out March 12, 2021.”

Loved for his brand of music that gets everyone up and on the dance floor, Awoodah, as his die hard fans call him, has been able to endear himself to music lovers and caught the attention of music heavyweights across the globe, as he has worked with the likes of Joey Benks, Tay Dizm, Mr Real, Buju, and Wande Coal.

The Savage Music artiste and Don Crucifixto Entertainment flagbearer, Dampte, has been featured on a number of radio and television stations, including BBC3CR UK, MTVBase, MTVEurope, BET International and 254Radio Nairobi, generating millions of downloads from fans around the world.