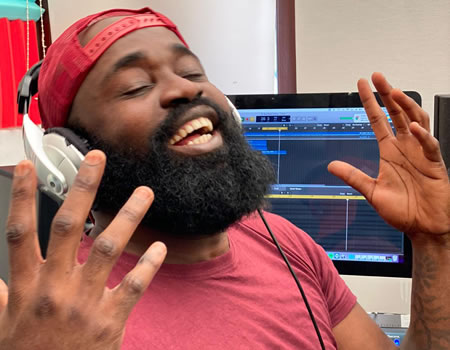 Still basking in the euphoria of the success of his latest Extended Play (EP), ‘Awoodah Rising: Man Like Sean Dampte’, popular music act, Oluyole Oluwaseun, popular as Sean Dampte, appears determined to keep stepping up his game with every music release.

While fans have expressed their delight at the EP and the vibes they get from it, Sean Dampte is not resting on his laurels as the popular singer released another single entitled ‘Star girl’.

The song has been lauded on social media for its uptempo and groovy sound as fans commended the addictive nature of the tune. ‘Star girl’, many remarked, further elevates Dampte into a class of hit makers in the industry.

Regarded as one of the pioneers of the Afro fusion sound, Sean Dampte told R that his new song matches UK hip-hop culture with Afrobeat sound.

With his EP still doing rounds on airwaves and music charts, Dampte’s latest single suggests that he is not ready to leave charts and playlists anytime soon.