Daily Times of Nigeria celebrates heroes, heroines on May 16 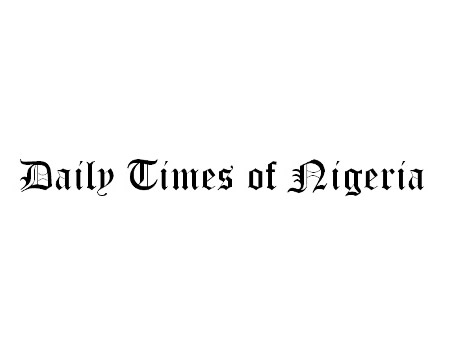 THE country’s foremost newspaper, The Daily Times of Nigeria (DTN), on Friday said it would begin its 91st  anniversary with honouring some eminent Nigerians and an exhibition on May 16.

DTN, regarded to as the nation’s heritage newspaper, will honour three Presidents, including Muhammadu Buhari of Nigeria, Nana Kufo-Ado of Ghana and former President Goodluck Jonathan also of Nigeria.

The Publisher DTN, Mr Fidelis Anosike and Chairman, Anniversary Organising Committee, Aremo Olusegun Osoba said in a joint statement that the event and the AA top level National and Historic Exhibition on Nigeria would hold at the Abuja International Conference Centre.

The Nigerian Senate President, Dr Bukola Saraki, will be confined with the Politician of the Decade Award and Abia Governor, Dr Okezie Ikpeazu with the Good Governance Award alongside seven Gov. Akinwunmi Ambode (Lagos) and Ibrahim Dankwabo (Gombe).

Gov Dankwabo of Gombe will also be honoured with the Governor of the Decade Award.

In the private sector, business icon, Mr Tony Elumelu, Chairman, Heirs Holding and UBA, will be crowned with Man of the Decade Award.

Other awardees are Mrs Ibukun Awosika, Chairman, First Bank Plc, who will be conferred with Woman of the Decade Award, while Pastor Paul Adefarasin, will bag Life Impact Award.

The theme of the exhibition, “Nigeria through the Times’’ will be hosted at the foyer of the Abuja International Conference Centre on May 16, 2017 from 3 p.m. till 6 p.m.

“The exhibition will also be hosted in Lagos at the Nigerian Institute of International Affairs (NIIA), Victoria Island Lagos, from June 1 to June 6.

“The exhibition is aimed at bringing back to our memories, the vision and struggles of our founding fathers who laboured vigorously for the Nigerian Independence.

“The exhibition is exclusively documented by The Daily Times and retained in its very rich archives.

“The historic event shall showcase the history of Nigeria viz-a-viz the colonisation era.

“Also, Photographs of the editors of The Daily Times publications and memorable front pages from Daily and Sunday Times are features of the exhibition.

“The Times Heroes Awards 2017, which comes as icing on the anniversary cake, will hold at the Abuja International Conference Centre Conference Hall from 6.30 p.m. on May 16, 2017.

“The Awards are instituted to honour deserving heroes who have distinguished themselves in various endeavours and whose activities have positively impacted lives,’’ a legacy the Times Nigeria has canvassed over the years,’’ it said.

DTN said that the anniversary planning committee noted that the 2017 anniversary was consolidated because the last awards by the Daily Times was in 1996 when the organisation marked its 70 years anniversary.

“Henceforth, the Times Heroes Awards will now be an annual award.

“The event, expected to attract people from all walks of life aims at the promotion of humanitarian cause, such as the issues of the Internally Displaced Nigerians (IDPs),’’ the anniversary committee added.

CAN warns against continued attacks on Christians by Fulani herdsmen