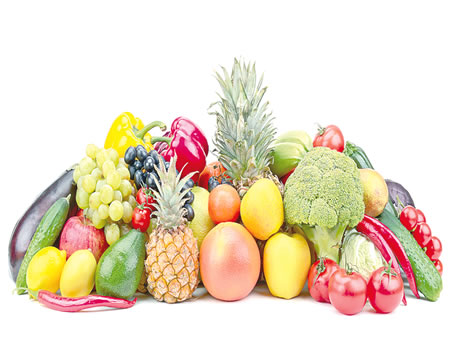 INTAKE of diets rich in fruits, nuts, and vegetables has been reported to reduce the risk of metabolic syndrome, a cluster of conditions that increase the risk of heart disease, stroke and diabetes. Much more, intake of almond could prevent erectile dysfunction in an individual with diabetes.

Almonds, while nutritionally beneficial for most people, are especially good for people with diabetes. Research has shown that almonds may reduce the rise in glucose (blood sugar) and insulin levels after meals.

A 2011 study showed that the consumption of two ounces of almonds were associated with lower levels of fasting insulin and fasting glucose. This amount consists of about 45 almonds. They reduced their caloric intake by enough to accommodate the addition of the almonds so that no extra calories were consumed.

A more recent study, from 2017, looked into the effect of daily almond consumption over 24 weeks in people with type 2 diabetes. The researchers found that incorporating almonds into the diet helped control blood sugar levels and decrease the risk of heart disease.

Diabetes is a serious condition that affects millions of people all around the world. It is extremely prevalent, and it does not have a cure. The condition occurs when the level of blood sugar in the body is too high.

Almonds are high in monounsaturated fatty acids that help to slow down the release of glucose into the bloodstream after meals, preventing spikes in blood sugar levels. Diabetics are more susceptible to developing heart conditions. The healthy fats in almonds, along with the presence of vitamin E, reduce the risk of heart disease by reducing blood cholesterol.

Erectile dysfunction, the inability to get or maintain an erection firm enough for sex is common in men who have diabetes, especially those with type 2 diabetes. It can stem from damage to nerves and blood vessels that control erection caused by poor long-term blood sugar control.

The researchers said that almond supplemented diets also helps to reduce reactive oxidative stress (ROS) production and deactivation of pathways contributing to the development of erectile dysfunction in diabetes. It was in the 2020 edition of the Journal of Food Biochemistry.

For the study, 42 male Wistar rats were induced with diabetes divided into seven groups. The sexual behaviour of the diabetic male rats treated with the supplemented diets was assessed by mating with female rats on heat.

Apart from the control group, there was no observable change in the sexual activity of rats in all groups immediately after the induction of diabetes. Interestingly, there was an improvement in sexual behaviour among diabetic rats treated with almond-supplemented diets for 14 days. Diabetic rats show reduced sexual activities when compared with rats in the normal control group. Almond-supplemented diets and sildenafil citrate increased sexual functions in diabetic rats.

According to them, the improved sexual behaviour observed in diabetic rats followed the treatment with almond-supplemented diets could be in the part related to the availability of some important compounds  that have been previously reported to play crucial roles in initiating and sustaining sexual activities.

They said that almond-supplemented diets improve the nitrogen oxide level, which could be another important underlying mechanism for improved sexual activities observed in this study.

They declared “supplementation with dietary or naturally occurring antioxidants could represent an important therapeutic approach in managing erectile dysfunction originated from diabetes.”

Previously, doctors have said that men who eat nuts are more fertile. Researchers evaluated the effect of consumption of a mixture of tree nuts in men and said that men who add a handful of nuts to their diet can increase their sperm quality and fertility.

Spanish researchers compared men who were fed a mixture of tree nuts – almonds, hazelnuts and walnuts – over 14 weeks as a supplement to their standard Western diet with those who weren’t.  They found that the inclusion of this nut mix for 14 weeks significantly improved the sperm count, viability, motility (its ability to move independently) and morphology (length of the head and tail).

Nuts contain omega-3 fatty acids, antioxidants and the B vitamin folate, which has been linked with fewer sperm abnormalities.

The researchers also point out in the study, published in Andrology, that men don’t really have to change their diet other than adding a handful of nuts if they want to make their sperm healthy.

Piracy: How Nigerian waters fared in 2020