Cutting down of trees in Abuja attracts fine of N100,000 per tree — FCTA 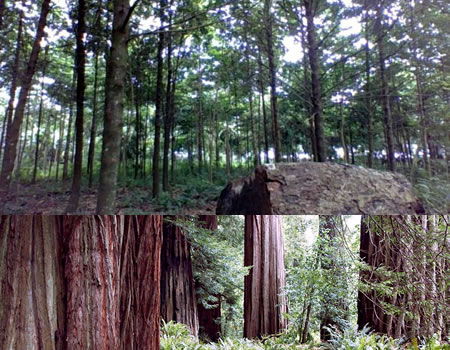 The Department of Parks and Recreation of the Federal Capital Territory Administration (FCTA) has announced a fine of N100, 000 for cutting down tree planted in private compounds without permission from the government.

Director of the Department, Hajia Riskatu Abdulazeez, who announced this at the weekend, declared that anyone caught cutting down grown-up trees both in a private compound and in public places would not go scot-free.

While touring some sites within the city centre, Hajia Abdulazeez said the government was making efforts to mitigate the effects of climate change on the city and won’t allow reckless actions that could further endanger life.

According to her, after any tree is cut down with the permission of the Department, it is also mandatory that two trees are planted as a replacement for each tree removed.

She said even estate developers who remove trees to pave ways for their projects are also compelled by by-laws to pay and replant the trees.

The director explained that nature has made human being to be dependent on trees for oxygen while the trees also depend on a human being for carbon dioxide.

Hajia Abdulazeez said: “Cutting down of trees is not allowed in the city, we have a penalty. The policy stipulates that if you plant a tree in your compound, once it is grown, it is no more your tree, it has become public property.

“Trees, in general, have enormous benefits and importance for a human being. The oxygen we breathe is from the trees, webreatheeh out carbon dioxide which the trees use to live.