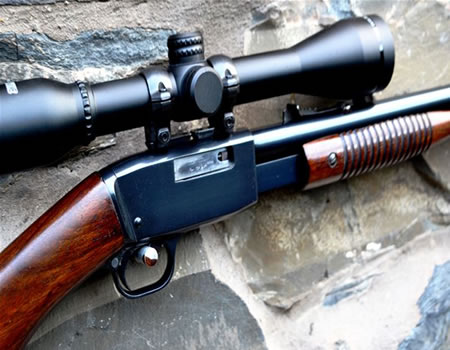 TWO officials of Nigeria Customs Services (NCS) and two clearing agents were, on Wednesday, charged before a Federal High Court, Lagos, for their roles in the importation of prohibited firearms.

Among all the five defendants, only Okoye was not present in court.

The Attorney General of the Federation alleged that all the accused persons conspired with one another to illegally import into Nigeria 661 pump-action rifles.

They were also alleged to have forged the documents which included two bills of laden, with one reading ‘Shanghai China’, as port of loading, instead of Istanbul, while the other read: ‘Steel Doors’, as the contents of the containers used in smuggling the said weapons into the country.

One of the Customs officials, Mahmud Hassan, was accused of offering N400, 000 to one Aliu Musa, the Examination Officer of the Federal Operations Unit of the Customs Service, with intent to prevent 100 per cent search on a container marked PONU 825914/3, which was used in bringing into the country the weapons.

Hassan was also alleged to have given N1 million to government officials at Apapa port, through his colleague, Danjuma Abdulahi, in order to prevent the searching of the said container used in bringing in the 661 pump-action rifles.

The offences, according to the prosecutor, Kehinde Adesola Fagbemi, were contrary to and punishable under sections 3(6), 1(14)(a)(I) 1(2) of the Miscellaneous Offences Act Cap. M17, Laws of the Federation of Nigeria, 2004. And Section 98(1) (b) of the Criminal Code Act.

The accused persons pleaded not guilty to all the counts of the charge.

Following their not-guilty plea, the prosecutor asked the court for a trial date, while he urged the court to remand the accused persons in prison pending the trial.

Consequently, the trial judge, Justice Ayotunde Faji, ordered that the accused persons be remanded in prison and adjourned the matter till September 12 for the commencement of trial.

Police get tough on unlawful use of siren in Oyo