Curfew as US cities shut down in coronavirus fight 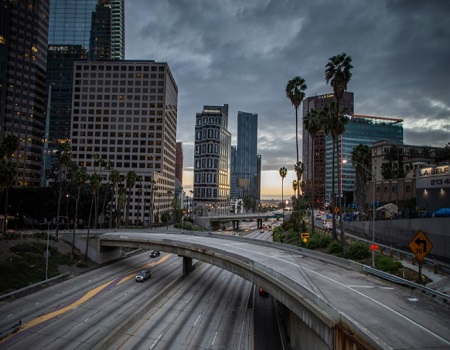 A US state started restricting residents’ movements on Monday in a desperate bid to contain the deadly coronavirus pandemic as American cities followed their European counterparts and shut down – closing schools, public buildings, cinemas, restaurants and bars.

As the death toll in the United States from the fast-spreading outbreak neared 70 and infections soared above 3,700, New Jersey’s governor announced he was implementing a curfew, marking a major escalation in attempts to stop the spread of the outbreak.

“All non-essential and non-emergency travel in New Jersey is strongly discouraged between the hours of 8:00 PM and 5:00 AM.

“This will remain in effect for the foreseeable future. We want everyone to be home – and not out,” he added.

Before the announcement, only the US territory of Puerto Rico had imposed a curfew.

“This is not true!” Trump’s Deputy Press Secretary Judd Deere wrote in reply to a tweet by a CNN anchor that the plans would mean non-essential businesses having to close by a certain time each day.

On Sunday, Puerto Rico imposed a 9 pm to 5 am curfew – along with the closure of malls, movie theatres, gyms and bars, in what was then the strongest measure yet on American soil.

Across major US cities Monday, normally bustling streets, transport networks and roads were eerily quiet as employees began the working week at home and children contemplated weeks with no classes to attend.

New York – the city that usually never sleeps – was hunkering down for an extended period of inactivity with all nightclubs, theatres, cinemas and concert venues ordered to close from Tuesday.

Mayor Bill de Blasio said late Sunday that the Big Apple’s normally hectic bars and restaurants would be restricted to take-out and delivery only.

He also bowed to pressure and announced the closure of New York’s schools, which educate 1.1 million students, until April 20.

In an interview with MSNBC Monday, he called on President Donald Trump’s government to increase testing, and speed up production of ventilators, surgical masks and hand sanitizer.

“Right now we need a national solution. This should be a reality where the United States is put on a war footing,” he said, calling on the military to be deployed.

The Centers for Disease Control and Prevention has recommended that gatherings of 50 people or more be cancelled or postponed, not including day-to-day education or business activities.

Los Angeles is also closing bars, restaurants and nightclubs for at least two weeks, while California’s Governor Gavin Newsom asked people over the age of 65 to self-isolate.

The governor of Illinois, which includes the city of Chicago, announced that all bars and restaurants would close until March 30.

Schools, museums, and sports arenas have already been shut as Americans adjust to life in the time of COVID-19.

Broadway’s lights dimmed last week while the major St Patrick’s Day parades in New York and Boston due Tuesday have been scrapped.

“I think the lockdown is a good idea to get ahead of the virus. I’ll guess we’ll have to make some sacrifices,” 52-year-old freelancer Laura Gerlach told AFP at a New York deli.

In the US, 69 people have died and more than 3,800 have been infected, according to a running tally by Johns Hopkins University.

The economic impact is already being felt.

The Fed announced emergency measures to shore up confidence Sunday, including cutting the key interest rate to almost zero.

But that did little to reassure investors as stocks plunged more than 10 per cent in early trading Monday on fears that the coronavirus outbreak could lead to a recession.

Trump has regularly downplayed the threat of coronavirus, insisting that Americans should “relax.”

In Sunday’s Democratic debate, White House hopefuls Joe Biden and Bernie Sanders both attacked Trump’s response to the pandemic, accusing the president of undermining his own scientists with misinformation.