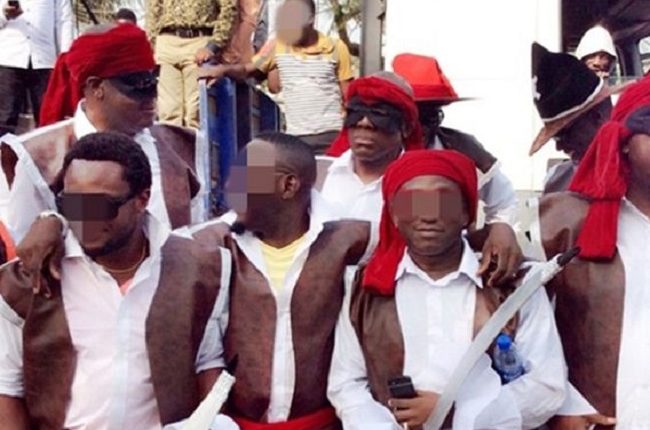 The rusty town of Ibilo, Akoko Edo Local Government Area of Edo State is sitting on the edge as a deadly cult group in the locality threatened to attack members of a vigilante group in the area over the arrest of a member of the cult group.

Tribune Online gathered that the vigilante group had mobilised its members to protect its facilities at Ibilo and Ogugu when it received information that the facilities (secretariats) would be attacked by the cult members on Saturday evening.

The presence of the vigilante group has heightened the tension in the area as palpable fear gripped the locales, as they await the terror that will ensue should the cultists make good their threats.

A member of the vigilante group, who did not want his name in print, volunteered to newsmen that the attacked was billed to be launched by 4.00 pm on Saturday.

“This cult group has been threatening to attack our colleagues and even said they will attack our office in Ibillo.

“They said we arrested one of their members who is already with the police and that another was injured who was resisting arrest and he is in the hospital. They said we must present the particular member of the vigilante group that attacked their member otherwise they will draw a battle line between them and us”, the source volunteered.

According to him, “the matter is already before the police, the person who was arrested has been handed over to the police while the one injured is receiving treatment in the hospital but we have also informed the police on this threat of attack and we are also calling on all our men to report at our office in Ibillo because the cult boys have threatened that they will attack us. They have been disturbing the peace in their area with their activities.”

Tribune Online also gathered that various vigilante groups complement regular security agencies to maintain peace and other in many of the towns and communities in Akoko Edo Local Government Area.