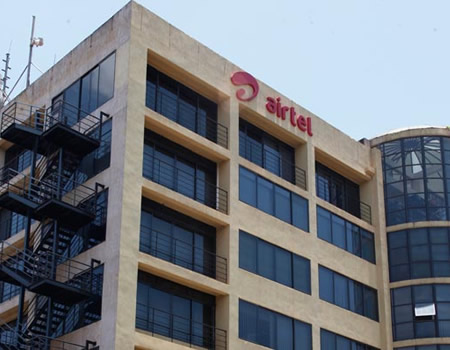 The Managing Director, Airtel Nigeria, Mr Segun Ogunsanya, while handing over the apartment, said that the Aina’s family had a tragedy that would be difficult to forget.

The News Agency of Nigeria (NAN) reports that the Ainas, a barely comfortable family was struck with a devastating fire accident on Oct. 11, 2016 in their home in Araromi community, Gaun, Ifo Local Government Area, Ogun.

The family lost all their property and three of their children, including a set of four-year-old twins were killed in the  incident.

Ogunsanya said that after the incident, Aina, his wife and their surviving son, Korede were left in the nightmare of struggling with the attendant trauma.

He said that the news of the family’s misfortune got to Airtel through Pastor Razaq Lasisi, who nominated the household for assistance.

According to him, for the Ainas, it has been a long and torturous journey, a tragedy that will not be forgotten in a hurry.

“Once more, I express my heartfelt condolences to Mr and Mrs Aina over the loss of their children.

“Please be assured that you are always in our thoughts and prayers. And I must say that we are all encouraged by the courage, resilience and hope you have demonstrated during this very difficult and trying period.

“While we can do little about the past, there is so much we can do about the present and our future,” he said.

Ogunsanya said that the telecommunications company, on hearing of the incident decided to step in to help the family rebuild their future.

He said that the future of the Aina family was very bright and there was the need to get the best out of the future.

According to him, Airtel is particular about helping the underprivileged to realise their dreams.

“Since we launched the Airtel Touching Lives platform, we have directly impacted hundreds of people and households.

“We have positively impacted the lives of an estimated 2.5 million Nigerians.

“Today is for the Aina family. Indeed, I am excited to handover this two-bedroom apartment to them as we pray that God almighty continues to reside with them, strengthen and enable them to find peace in it.

“With this gesture, we believe that their journey to recovery from the unpleasant experience will be easy, smooth and much better.

“At Airtel, we feel obliged to support the government and give back to the society and restore the hope of the less privileged people.

“The company provided financial and medical relief to the family, during the earlier days of the incident.’’

Mr Emeka Opara, the Director, Corporate Communications, Airtel called on Nigerians to help the less privileged among them.

Opara said that Airtel had created the habit of helping and some people were seeking partnership with the company in this regard.

“The ‘have’ should help the ‘have not’, so that the world can be a better place,” he said.

The beneficiary, Aina expressed gratitude to Airtel for the gesture as it had restored the hope of his family.

He said that the joy of the family members knew no bound as smile had been ignited on their faces.

Council says will rid system of quacks in IT profession