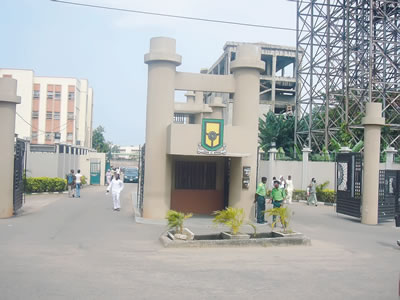 A civil society, Transparency Advocacy for Development Initiative (TADI), has appealed to President Muhammadu Buhari to give assent to the bill passed by the National Assembly for the upgrade of Yaba College of Technology, Lagos to University status.

Executive Director of TADI, Mr Yomi David, made the appeal while also calling for more funding for the institution. He similarly called on private and other international donor agencies to support Yabatech through partnership.

“Our independent searchlight team, through a facility tour, coupled with an interface with some students and staffers spurred our organisation to give an appraisal of the college.

“We acknowledge that landmark achievements have been recorded. We equally understand that there are still lots of grounds to be covered in every area to further frontiers academic excellence in the institution.

“We also commend President Muhammadu Buhari’s efforts and the political willpower in ensuring that the needed funds for project execution are made available on time,” he said.

David, however, commended the Rector of the college, Mr Obafemi Omokungbe, for what he called his giant strides through transparent ethos, hard work, teamwork and a high sense of managerial skills.

He called on the management of the institution to engage in more work that would translate into development, thereby making the teaching and learning environment more conducive for both members of staff and students.

“One of the most striking evidence of performance recorded under the current administration is its move to build a befitting and well-equipped hostel accommodation.

“These are at more affordable fees and they are even more convenient for students compared to renting apartments off-campus.

“It is also on record that all laboratories, which were mostly not equipped before 2018, were fully-renovated and well-equipped for sound learning, amongst many other achievements,” he said.

In spite of the huge investment in the water sector by the government and international organisations, water scarcity has grown to become a perennial nightmare for residents of Abeokuta, the Ogun State capital. This report x-rays the lives and experiences of residents in getting clean, potable and affordable water amidst the surge of COVID-19 cases in the state…CSO seeks Buhari’s assent  CSO seeks Buhari’s assent