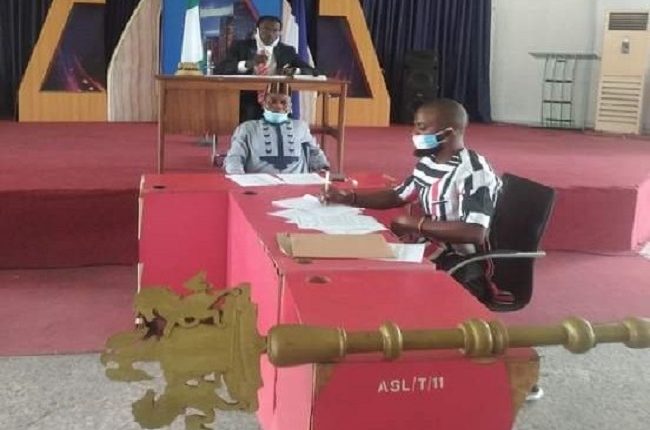 Parliamentarians accused the embattled speaker of misrepresentation and abuse of office. The suspension of Awatt led to the formation of an ad hoc committee named ‘Ethics and Privileges’ to try the suspended speaker of the allegations levied against him.

The trial committee presented before the House, its report which indicted the embattled speaker of nine(9) out of a total eleven(11) count charge thrown against him.

After the presentation, the committee recommends that the suspended speaker should resign.

Upon refusal to resign, an impeachment proceeding against the suspended Awatt became imminent.

The House, under the will of Deputy Speaker and Acting Speaker, Hon. Ajangson gave Awatt the floor to react on the committee’s recommendation as regards his resignation which he refused to heed as the House moved for his impeachment.

Of the 24 members on a seat, 10 voted against his impeachment, while 14 voted in the affirmative after which suspended Awatt was declared impeached.

This was in the contest until Hon. Maureen Okon advised the House to not rush into selecting a new speaker; how that, patience should be exercised.