•if they can prove that one BVAS from INEC was moved out of this office, I will resign - REC •no BVAS is missing - Police •if we don't site the BVAS, verify Barcodes, we won't pass vote of Confidence on INEC - IPAC

“The 3,281 barcodes attached to each of the BVAS must be sited by political party chairmen in Cross River before we can give a vote of confidence on INEC” 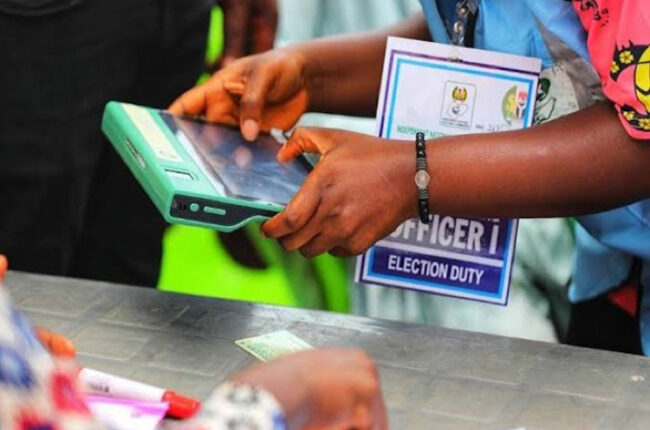 The Independent National Electoral Commission (INEC) has summoned the Cross River State Police Command, the Department of State Security (DSS) and the Inter Party Advisory Council (IPAC) in Cross River over the controversy surrounding the alleged movement of BVAS machines meant for the 2023 elections into the State Governor’s lodge in Calabar.

The meeting according to INEC Resident Electoral Commissioner(REC) in the State, Professor Gabriel Yomere, was meant to clarify that, “The publication that BVAS has found its way to the government lodge under the cover of darkness, is of concern.

“INEC is the only custodian of BVAS in Cross River, we don’t know any other body.

“When we heard of this, we were worried because we know the Government Lodge is not a store where  INEC keeps it’s materials.

“I can assure you hundred percent that, I have taken inventory of the 3,281 BVAS delivered by INEC headquarters to this state are intact, not one has been removed from this office,” the REC assured.

“INEC is fully in control and its preparation for the conduct of the 2023 elections and has not been dented in anyway,” Yomere assured.

“On the receipt of this information, measures were taken to investigate and inform the public. We have carried out our investigation, and we are telling members of the public with assurances and guarantees that nothing has happened  to the BIVAS, and that the statement published, alleging the movement of BIVAS to the Governor’s Lodge) is malicious,” the police top notch said.

The Cross River State Chairman of the Inter Party Advisory Council (IPAC), Mr Anthony Bessong, however warned that until IPAC verified the available, and Bar-Codes of the BVAS, the body would not be convinced with the assurances of the INEC and the police on the state of BVAS.

“IPAC has it’s reservation about the information on social media and what we have seen here today, we are making a demand, that beyond the desire to see the BVAS, we are resulting here and now that we want to have access to every Barcodes that is attached to the BVAS.

“The 3,281 barcodes attached to each of the BVAS must be sited by political party chairmen in Cross River before we can give a vote of confidence on INEC,” he maintained.