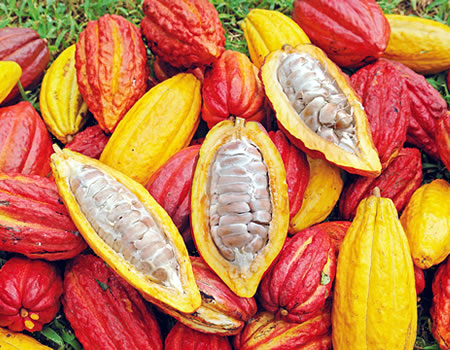 The Cross River government has said it is currently raising 10 million cocoa seedlings in an attempt to regenerate the moribund trees in state-owned cocoa estates in Etung LGA.

The Special Adviser, Cocoa Development and Control to the governor of Cross River State, Dr Oscar Ofuka disclosed this while speaking with journalists in Abuja.

He said the state government is carrying out a transparent and widely accepted cocoa allocation that touched peasant farmers, youths, women and the aged.

Dr Ofuka added that the state government has acquired 7,000 agro-forest lands in Etara and Ekuri Communities in Etung LGA for expansion of the cocoa program in Cross River under the CBN Cocoa Development Initiative.

He also said the government acquired 10,000 agro-forest in Neghe Community in Akamkpa LGA for expansion of fortune of cocoa in Cross River State under the CBN Cocoa Initiative.

“Raising 10,000,000 improved variety of cocoa seedlings for the rehabilitation of encroached areas and regeneration of aged, old moribund cocoa trees in the government-owned COcoa estates in Etung LGA, Cross River State for the first time in over fifty years.

“Expansion of the Smallholder’s Scheme (SHS) with more private sector participation in cocoa farming with the state deputy governor, His Excellency (Prof) Ivara Esu developing the First Cocoa Plantation in Biase LGA, Cross River State and the opening of mass cocoa farmland in Obudu LGA by the Chief-of-Staff”, Dr Ofuka said while speaking on the achievements on cocoa by the state government.

He said the government constructed access road in the four government-owned cocoa estates to ease movements into and out of the farm gate.

He further said that in the past, the Cross River government raised Improved Seedlings of Nurseries and Development of 3,800 hectares of new cocoa plantation in Akin / Osomba, Akamkpa LGA, Cross River State.

“Successfully raising awareness on the value of cocoa and planting cocoa as ornamental trees in premises of the state secretariat, Calabar”, he added.

Also in the past, Dr Ofuka said the state government raised and distributed Improved variety of Cocoa Seedlings in the Cross River Northern Senatorial District of Ogoja, Yala, Bekwarra, Obudu and Obanliku.

“Lobbying for and winning the Establishment of the First Ultra-Modern Cocoa Processing Factory in Ikom, Cross River State.

“Creation of Database for Cocoa Farmers in the Cocoa Value Chain and Recovery of the backlog of debt owed the government in the 2016/2019 lease allocation”, he noted.