Cross River faults industrial action by labour, says there are no pending issues 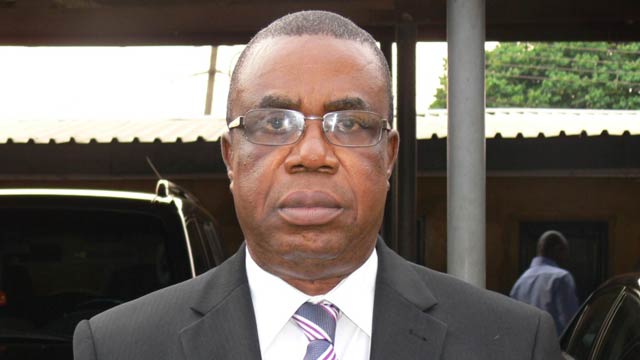 The Deputy Governor of the state, Professor Ivara Esu, who stated the position of the government on the matter, faulted organised labour’s insistence on industrial action despite meeting their demands, just as the labour unions failed to attend the scheduled meeting called by the government over the issue.

Professor Esu, who spoke after the failed parley, decried their belligerent posture of the union leaders and wondered they failed to keep to their part of the agreement with the government, but resorted to locking up government offices.

“We called those who signed this document to come for a meeting with us. Not necessarily for negotiations but at least let us hear who they represent, and perhaps what they are about.

“Though organised labour is not known to law in terms of issues between employer and employee, they signed this document and we invited them for a meeting and we have been waiting here not even one of them has shown up”, the evidently upset Processor Esu said.

Enumerating the government’s efforts at fulfilling its agreement with labour, the deputy governor disclosed that “the implementation of promotion of workers has just been approved by His Excellency, the Governor to commence in phases and even as we speak in the last salary payment, this was implemented.

“In terms of remittances from workers salaries, the governor has also approved four months and that three months be made ready in the first instance and these things are verifiable and these guys are not aware, they don’t ask questions, they just wake up to declare a strike”

“I must say the practice of locking government offices and preventing people who want to work in having access is unacceptable,” the deputy governor declared.

Disbursement of 5% allocation from NIMASA to MAN not working ― Saraki