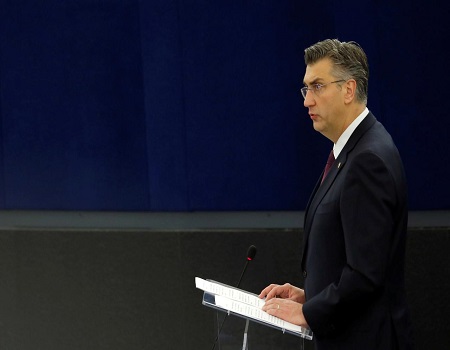 The Jutarnji List daily, citing local property registers, said at the weekend that Kujundzic had failed to declare two apartments he owned on the island of Pag, as required under Croatian law when he took office in October 2016.

Kujundzic denied he had done anything illegal, while Plenkovic did not comment directly on the newspaper’s allegations, instead of saying it was up to Kujundzic to clarify his situation.

Plenkovic has yet to nominate Kujundzic’s successor, who will take over one of the most challenging ministerial portfolios.

The public health service has been in arrears for years and puts a large strain on a state budget that the government is trying to keep in balance to satisfy the criteria for adopting the euro in 2023 or 2024.

The conservative-led government is facing a national election in the autumn but before that, in the spring, Plenkovic faces a contest with more conservative opponents for the leadership of his Croatian Democratic Union (HDZ).

In an opinion poll recently the biggest opposition party, the Social Democrats, moved marginally ahead of the HDZ for the first time in almost four years.

Plenkovic reshuffled his cabinet in July 2019 with six new incumbents after some ministers stepped down following media allegations of questionable real estate deals.

Social Democrat Milanovic to take over as Croatia’s president