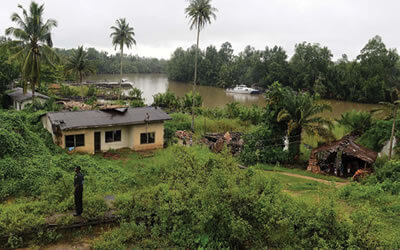 The State Security Adviser to the Governor of Cross River State, Jude Ngaji, has issued a two-week ultimatum to the two feuding factions at the Henshaw Town Beach market, Calabar South, to resolve all thorny issues or there would be a fresh election for a new executive to run the affairs of the market.

Ngaji gave the ultimatum after a meeting with the two factional leaders of the market laying claim to the position of president.

He said some traders at the market had petitioned his office on the activities of the two factional leaders who demand royalties from them.

According to him, government decided to wade into the matter to avoid breakdown of law and order, and  to avoid payment of double royalty.

“It is unacceptable for two parallel executives to exist in the same market and demand royalties from market women. In the interest of  peace and tranquility both of you and your supporters have to go back and resolve your differences to avoid breakdown of law and order in  the market, and failure to do so will force us to do a fresh election that will produce a new president,” Ngaji warned.

On his part, the President of Henshaw Town Traditional Rulers Council, Etubom Nyong Effiom, called on the two feuding factions to sheathe their swords and embrace peace.