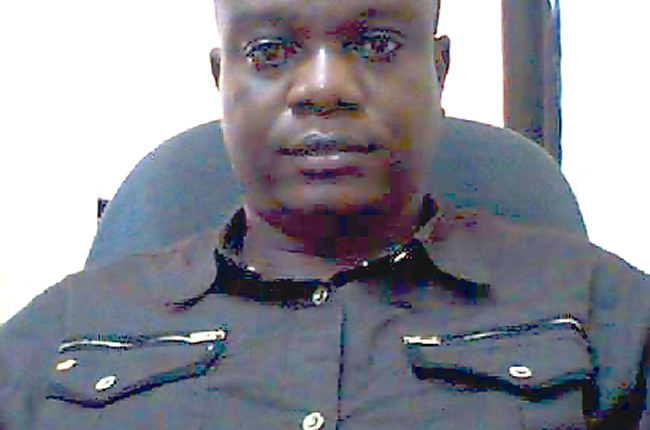 The Chairman, Nigeria Civil Service Union, Nigeria Labour Congress (NLC) branch, Comrade James Eustace, speaks on the criticism that trailed the recent suspension of the proposed protest/strike by the organised labour. He believes that many of those critics are ignorant of the workings of trade unions, and the concept of negotiation and collective bargaining. SOJI-EZE FAGBEMI reports.

That claim depends on what the people are looking at and leadership ability and capability varies depending on the era. There is a saying by Desmond Tutu that where a man stands on a mountain determines what he sees. If you stand on the eastern part of a mountain, what you will see will be different from people standing on the western part of the mountain.

Labour is about industrial relation, negotiations and collective bargaining.

The truth is that the trade union movement is about industrial relations, and industrial relations is about collective discussion, bargaining and negotiation with the aim of arriving at an amicable resolution of issues of concern. Industrial relations is not destructive, so people should not equate labour movement to a militant arm that will always go on the offensive at every moment. So, those who are thinking from that perspective would tell you that an Omar regime was not as effective as an Oshiomhole regime, or an Ayuba regime is not as effective as the Paschal regime. But if you understand what labour relations is all about, it is not all about ‘I no go gree.’

For example, during the military era, there was little or no consultation, whereby somebody just came out with a decree without first consulting with anybody. That is different from a democratic dispensation. No matter how autocratic or dictatorial a democratic government might be, it is not comparable to a military regime.

Giving ultimatum is different from declaration of strike

This idea of giving an ultimatum for strike, you must go on it is illusive because the end, they say, justifies the means. The strike is a means to an end, but the end is the expected result. If I tell you that up till midnight today, if you don’t give me A and B, I am going to down tool, and you give me a second to midnight today, do I still need to down tool, because the primary thing is that it is these A and B I want and you have given me. So, why should I still say that even though you give me what I demanded, I will still go on strike for one day which is the expectation of the people that even if you agree at midnight, you are supposed to still allow the strike to start. I have heard many accuse us of that, and that is purely out of industrial relations.

In industrial relations, if you give an ultimatum, and you are not even listened to, they even ignore you and there are no discussions, but once there are discussions and some compromises are reached, you must abide by them because there is still another day.

Whether we like it or not, the workers need the government and the employers more, in terms of achieving their gains. Like I said, vibrancy, activism is different for different dispensations. So, you cannot compare a Sunmonu that operated in the 80s when Nigeria was just coming from the military era, and that was the time of SAP and anti-SAP era.

You will find out that during the time of the military, activism was at the hype. Whether some people say Pascal Bafyau was running a ponderous administration, he hobnobbed with them, there was so much activism around that time. You also find out that during the Oshiomhole regime and Obasanjo administration, Nigeria was just coming out of military regime, and that military tendency was still very dominant among our ruling elites then where nobody was discussing with anybody.

Many Nigerian workers lost their lives during the Obasanjo administration when we went on strike. They would order police to shoot at sight even in Abuja here. I am sure you witnessed some of those things. If we now have an administration that negotiates even at wee hours, at least, that spirit of negotiation is there, that people were called to the table.

So, what I am saying is that giving an ultimatum doesn’t translate to automatic strike. One very important fact our people are not aware of in the labour movement and unionism is the issue of ultimatum and strike. The idea of once you give ultimatum, you must go on strike, labour must be on the street all the time, is really not of the true assessment of the performance of the trade union movement.

There are silent gains in Labour negotiations?

What matters is how are those agreements reached implemented? Are they just deceitful? Just to weaken the struggle and go back to trenches. This is where the issue lies. Whether we like it or not, there are some gains that may be silent which people may not appreciate immediately but in the long run, they may be coming out.

Present leadership is achieving their mandates.

The primary purpose of any Labour leader is to his members. The other allegiance or responsibility to protect the larger masses is auxiliary and we are having a movement that is mandate driven. A Labour leader is one and first among equals and at every point in time, he has a mandate that he is given to go and implement. If the constituency that gives him this mandate are in tandem with their performance, and not saying that they have not carried out the mandate given to them, I can’t say they are not. So, it is a mandate driving organization. It is not an individual idealistic driven organization.

The organs of trade unions and modus operandi

The point is that we have different organs in the labour movement, particularly in the NLC we have strata of organs. We have the National Administrative Council (NAC), the Central Working Committee (CWC), National Executive Council (NEC) and the National Delegates Congress. The Delegate Congress is the highest decision making organ of the conference and holds every four years except there is an emergency. That is where leadership is elected. The NEC comprises general secretaries and presidents of the affiliates, their treasurers, the chairmen and secretaries of the state councils and the elected members who make up the NEC and some principal officers of the secretariat. This is the next highest decision making after the Delegates Conference. That is why when there are industrial actions to be carried out, they are usually taken at the level of the NEC. The CWC comprises the general secretaries and presidents of the affiliates and the elected membership and the secretariat principal officers; while the NAC is strictly the elected leadership and the principal officers of the secretariat.

On the modalities of which actions, such as protests or strikes are called off, if the NEC has given the mandate to say go on strike, it is that same NEC that will also give the mandate that you should engage the government in dialogue and the strike ultimatum is always given, if A or B is not met.

It is not given in blanket to just say you should go on strike. So, if it is given on conditions that if until so, so date, this thing is not done, go on strike and before that day, that thing is done, do you still go on strike? The question might be why don’t they report back to the NEC? You must understand that there are some logistical challenges as to bringing all NEC members if by 12 am the government has acceded to labour demands. If you say until the NEC meets and NEC might not be able to meet until the next 24 hours, it is almost impossible because NEC comprises chairmen and secretaries from all the states. After the action has been called off, it is reported back to the NEC which in most cases is what happens. When the action has been suspended by the leadership who has gone for negotiation, they then summon the NEC to report back for endorsement, to give that action a legitimate backing. Whether you like it or not, national strikes are very expensive. To hold a national strike, even for two hours, is expensive to the nation, and it is also expensive to the labour movement. Strikes are not just called and you go home and sleep. Strikes are called and implemented, and how do you implement it? It costs both finance, human and all resources are required to implement a strike which nobody will ordinarily want to go into.