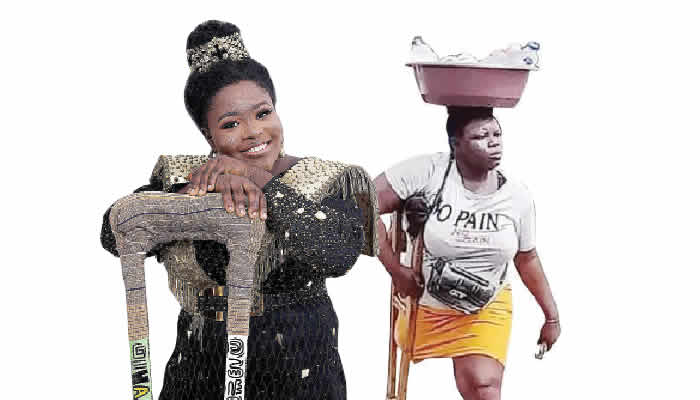 The police in Lagos State has debunked reports that it arrested the Oshodi amputee sachet water seller, Mary Daniel for lying about her story, adding that no criminal offence has been established against her.

The command also said police officers were present at the venue of Daniel’s handing over ceremony to her kinsmen from Kogi State in order to forestall the breakdown of law and order following intelligence report that some persons who had expected to share from the N25 million were planning to disrupt the ceremony.

The state police commissioner, Hakeem Odumosu said, however, said that the police may investigate the matter if the state government establishes any criminal case against her.

Tribune Online reports that Daniel, the mother of one, had claimed she is an orphan, adding that she lost her leg in the same accident that resulted in her parents’ death.

Her story instantly generated sympathy from individuals who donated money and other things to her. The Lagos State government also handed her over to one of its agencies in order to ensure that members of the public do not take advantage of her situation to rob or cheat her of the donations.

There was, however, a new twist on Wednesday when certain reports claim Daniel lost her legs when she was a baby and her father is very much alive.

Odumosu, while speaking on the case on Thursday said: “I did not investigate the case. It was the state government. We all know what went into the viral story.

“We got information that she was never involved in any accident that led to her leg being amputated and that probably she had an ailment when she was a baby.”

“In the course of all these things so many things came up that made the state government hand over her to the social welfare for investigations. Police did not investigate her.”

He also continued that “after the end of their investigations, if a criminal offence has been established the law will take its course.”

The police boss also stated that “for now, the case is with the state government. Yesterday, a press conference was held in the office of Civic Engagement in Lagos, that was where she was handed over to the social welfare not the police but we were present.

“We got information that some people wanted to come and disrupt the event. She had promised them some amount of money from the N25 million.”

RIGHT OF REPLY: We do not owe Ekiti LG ― BEDC

My grouse about El-Rufai—Sheikh Dahiru Bauchi