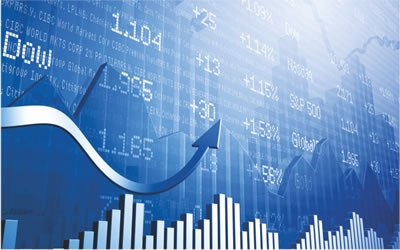 Amid the rising cases of coronavirus in Nigeria, presidential directive to lockdown Lagos state and Abuja for 14 days and further drop in crude oil prices, especially Bonny Light which fell to USD21.41 per barrel on Thursday, April 2, 2020, from $24.83 per barrel on Thursday, March 26, 2020, the Nigerian equity market depreciated by 3.51 per cent week-on-week, (WoW).

This in nominal term translates to a loss of N399.82 billion in market capitalisation value (WoW).

Only the Oil & Gas sector closed positive by 2.33 per cent week-on-week basis, driven by renewed hope of an unprecedented output cut from the OPEC+ cartel in the coming week, after the U.S. president intervened in the ongoing “oil price war between Riyadh and Moscow.

However, transaction volumes increased by 5.71 per cent to 1.53 billion shares. A total turnover of 1.534 billion shares worth N11.267 billion in 18,928 deals were traded this week by investors on the floor of the Exchange, in contrast to a total of 1.452 billion shares valued at N14.918 billion that exchanged hands last week in 21,828 deals.

The Financial Services industry (measured by volume) led the activity chart with 1.105 billion shares valued at N7.100 billion traded in 12,225 deals; thus contributing 71.99 per cent and 63.02 per cent to the total equity turnover volume and value respectively.

In the absence of any major breakthrough in efforts to find a lasting solution to the scourge of Covid-19, globally and domestically, Analyst at GTI expect sentiment on the local bourse to remain subdued in this week.

“Nonetheless, we believe the current attractive valuation of many fundamentally viable stocks in the Nigerian market offers a potential medium-to-long term alpha return to desiring investors.”

The pandemic is no time for fiscal distancing