•Donate hand sanitizers and Face Masks to the people of Nigeria 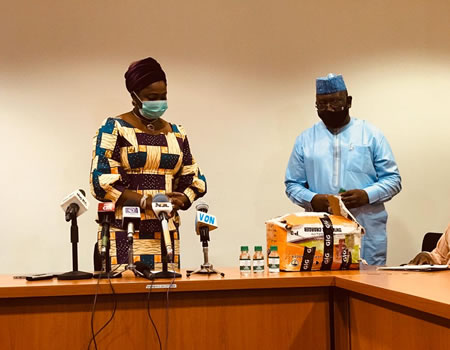 The Youth Enlightenment Empowerment and Self Sustainability Initiative (YEESSI) and Nigeria Diaspora Movement (NDM) have collaborated to sensitize the general public on the measures needed to prevent themselves from contracting the pandemic corona virus.

The organizations, which took the sensitization to the suburb of Ibadan in Oyo State do not only teach the citizens on how to protect themselves from the virus but also distributed Hand Sanitizers and Face Masks that are locally made to the masses.

Speaking on the sensitization programme, the Chairman of YEESSI who doubles as the Publicity Secretary of NDM, Mr Kazeem Ojoye said the COVID-19 outbreak has devastated our communities due to the total lockdown imposed by the relevant authorities with negative impact on our ways of life. This two group coming together is our little way of helping to mitigate against the spread of the virus and sensitize our people about its dangers

“YEESSI, with NDM which is registered in Nigeria as “We Are One” (WAO) foundation are NGOs. They promote information on the need for proper hygiene practices.

Mr. Ojoye also announced the launch of a new online platform, www.stopcovid19.com.ng, which provides relevant information and sensitization on the coronavirus pandemic.

The Chairman of NDM, Prof Apollos Nwauwa, added that COVID-19 is a serious pandemic that is menacingly ravaging all parts of the world, and Nigerian Diaspora Movement (NDM) cannot sit back and watch helplessly as the disease takes its toll on our country, Nigeria. 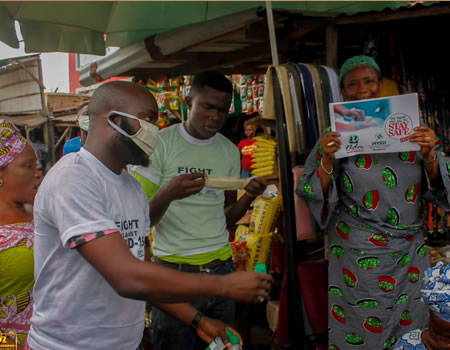 “We have taken some steps such as the production and distribution of medical grade hand sanitizers free of charge to Nigerians as well as enlightenment campaigns on how to prevent the spread of the disease,” he said.

He further noted that the organization is working on a solution-based Afrocentric approach to the lockdown. This initiative which differs greatly from the American/European cultural and environmentally induced “lockdown” will soon be presented to the Nigerian Government for implementation considerations.

Meanwhile, the two organizations have presented their own brand of the medical grade Hand Sanitizers to the Chairman & CEO of the Nigerian Diaspora Commission (NidCom), Hon Abike Dabiri-Erewa.