COVID-19: Why we asked some reporters to leave public hearing venue– Rep member 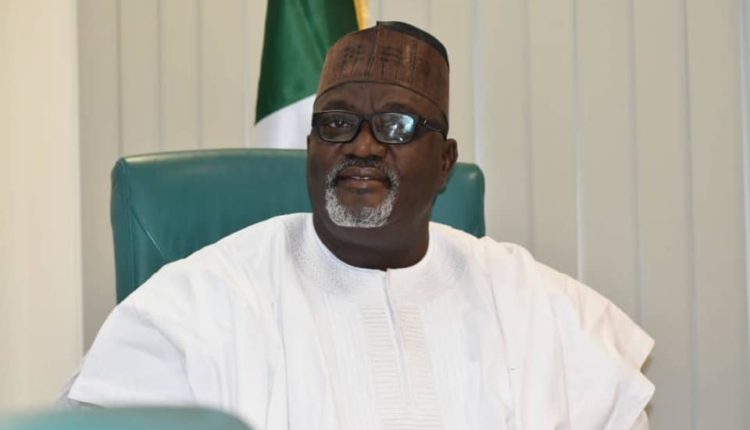 A member of the House of Representatives, Honourable Adedeji Olajide, on Saturday, clarified the role he played in the exiting of some journalists from the venue of a public hearing organised by the House Ad hoc Committee on COVID-19 on Friday.

Olajide, who is a member of the committee, maintained that considerations for the safety of everyone in attendance and the need to adhere with COVID-19 protocols of social distancing were the reasons behind the plea to a few journalists, aides of lawmakers and security details to leave the venue of the public hearing.

He added that if the war against COVID-19 would be won, everyone must be ready to do the right thing and to make sacrifices, noting that evicting the few persons from the venue was a sacrifice they had to make for their own safety and that of others seated within the hall.

According to the lawmaker, the public hearing was held inside one of the Committee Rooms of the House of Representatives and was attended by the Minister of Health, Minister of State for Health and the Director-General of the Nigeria Centre for Disease Control (NCDC), a development which he said attracted too many people to the venue.

According to Olajide, as a member of the ad hoc committee on COVID-19, not only did it behove on the committee to carry out oversight functions on the appropriate bodies during the pandemic, the committee also has the mandate to spread the message on COVID-19 prevention protocols and be seen to be doing everything right and setting good example for the populace at a period that governments at all levels are preaching social distancing, wearing of face masks and so on.

He stated that this realisation was responsible for the decision to cut down the number of people inside the venue, saying that contrary to some publications that he ‘bounced’ journalists from the venue in an unruly manner, he, indeed, pleaded with a few guests, including aides of lawmakers, security orderlies and a few journalists sitting towards the back of the venue to excuse the gathering.

Olajide maintained that the action did not sit well with some journalists, who he accused of going out to smear his personality, noting, however, that he would continue to hold journalists in high esteem, knowing the strategic importance of the profession to nation-building.

“I have read several publications by different media outfits painting me in bad light over a situation that occurred at the venue of a public hearing on COVID-19 organised by the House of Representatives ad hoc Committee on COVID-19, which had in attendance the Minister of Health, Minister of State for Health and the Director-General of the Nigeria Centre for Disease Control (NCDC).

“The venue of the hearing was filled with people, probably because of the importance of the topic. At a point, the Honourable Chairman of the Committee, Hon. Haruna Mshelia, had to make a passionate appeal to those in attendance to adhere to the COVID-19 protocol on distancing.

“Sadly, because the venue was filled to capacity, the plea was not heeded and it was at this point that I, as a member of the committee, rose to the occasion by pleading with people sitting towards the back of the venue, who were neither committee members nor officials of the MDAs expected at the event, to kindly excuse the gathering.

“I was made aware of the fact that some of these people were reporters but the fact that many of their colleagues were in front recording, I figured that it would be possible to share recordings and write stories after transcriptions must have been done.

“Many of the reporters heeded the plea and kindly excused themselves while some others put up a little resistance, as the idea did not sit well with them. But at no point did I act in an unruly manner with anyone or order the sergeant-at-arms to drag out reporters or any other guest.

“It is not in my character to be unruly with anyone, let alone members of the Fourth Estate of the Realm,” he said.

“I have always held journalists in high esteem and consider them as partners in progress in the task of nation-building. But I advise them not to become vindictive, even when they are wronged, as they hold an important weapon that could do either build or destroy depending on which use they put it,” he added.