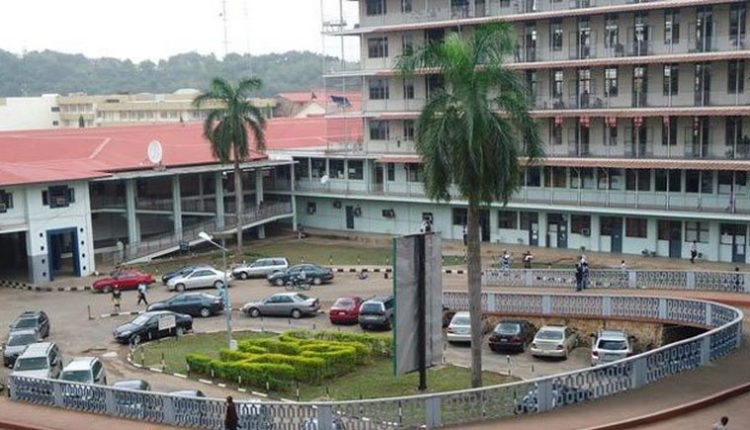 The Oyo State government on Wednesday declared that “it is standing by its position that it has supported the University College Hospital (UCH), Ibadan to the tune of N118 million in the fight against COVID-19.

Records made available by the Oyo State Commissioner for Finance, Mr. Akinola Ojo, confirmed that the state government has provided support to the UCH and the Department of Virology located inside the college to the tune of the said sum.

A statement by the Chief Press Secretary to Governor Seyi Makinde, Mr. Taiwo Adisa, quoted the Commissioner for Finance as further giving a breakdown of the expenditure, indicating that the sum of N118 million was expended in meeting the varied needs of the Department of Virology, College of Medicine and the University College Hospital.

The statement further indicated that attempts by the management of the UCH to disown the Department of Virology, which serves as the teaching and research department in the College of Medicine, University of Ibadan as well as provides clinical services to the UCH, is self-serving, artificial and contemptuous.

It will be recalled that the state’s Commissioner for Finance had, on Tuesday, given a breakdown of the state’s expenses on the COVID-19 pandemic, declaring that the state has provided support to the UCH to the tune of N118 million.

The UCH, however, in a press statement on Wednesday denied receiving the said support.

“The state government is of the view that attempts to create thin lines between the Department of Virology, College of Medicine, which provides clinical services to the UCH and operates from the same premises as the hospital amount to being clever by half, because in practical terms, the divorce cannot just hold.

“Staffers of the department hold identity cards of the UCH and that of the University of Ibadan, even as the department remains the only one that undertakes Virology-related assignments for the UCH,” the statement read.

The statement quoted the commissioner as saying that in the wake of the COVID-19 pandemic, the state has provided medical supplies to the UCH, including 500 each of goggles, protective gowns and face shields; 250 each of full protective, head covers and shoe covers; 200 hand gloves to UCH, amounting to N2 million.

It further stated that the state government has also provided a revolving fund to the tune of N5 million to the UCH for treatment of residents of Oyo State who tested positive to COVID-19. The amount is being topped each time the hospital spends up to N4 million on the patients.

Besides, the commissioner revealed that based on a shopping list specifically prepared and presented to the state government by the Chief Medical Director of the UCH, Professor Jesse Otegbayo, the state government has procured medical supplies to the tune of N25 million for delivery to the hospital.

“That the supplier is just about to deliver the said items is an evidence of the protocols related to movement schedules of all items within the environment of a global pandemic,” the statement further read.

The statement noted that these supplies included goggles, PPE gowns, boots and so on, stating that in all, the total amount spent in directly supporting the UCH (based on the artificial distinction) so far stood at N32 million, while the balance of N86 million constituted what has been spent to support the Department of Virology, which is the direct partner with the state on the COVID-19 pandemic.

The government maintained some of the supports provided to the Virology Department, which also handles the Clinical Services of the UCH, includes purchase of PPEs, SARSCoV-2 testing kits, extraction kits for Covid-19, wet lease of the testing machine for Covid-19, medical supplies and consumables as well as payment of allowances for the staff of the Virology Department.

“In order to clarify the referenced N118 million support, it is important to first of all state that we were made aware of a distinction between the University College Hospital (UCH) and the College of Medicine, University of Ibadan.

“Oyo State government has provided support to both institutions during this COVID-19 pandemic,” the statement read.

The duo maintained that the Department of Virology, indeed, belonged to the College of Medicine, University of Ibadan and that it also carries out clinical services to the UCH, noting that the department belonged to both institutions.

Professor Olaleye noted that there is no mix-up between the College of Medicine, University of Ibadan and the University College Hospital, Ibadan, noting that the Department of Virology, which has enjoyed and continued to enjoy the support given by the Oyo State government in the effort to contain COVID-19, serves both institutions in research and clinical capacities.

He said: “I think there is really no mix-up at all. To start with, University College Hospital (UCH) and University of Ibadan are both institutions of the Federal Government. We have two areas of common mandate. One, from the hospital side, is the clinical service and the other is research.

“The university has its primary focus on teaching – manpower development, while the primary focus of the Hospital is that of care. So, the Department of Virology has been receiving the support of the Oyo State government in view of the COVID-19 activities. The diagnostic work primarily is a department of University of Ibadan and, at the same time, a clinical virology department of the hospital.

“Just like any other department in the hospital here in UCH, you are primarily a teaching and research department of University of Ibadan and, in this case now, College of Medicine, which is like the Faculty on the main campus. You know, in the College of Medicine, we have four faculties but we use College to coordinate our activities all in medical and health sciences.

“We have our teaching and research roles as a university and, at the same time, render clinical services to the Hospital.

“So, the Department of Virology, which the government of Oyo State is supporting, is the same department in the college (University of Ibadan) and at the same time, clinical department to the hospital.”

Professor Odaibo similarly said that the true status of the Department of Virology is that it belonged to both the College of Medicine and the UCH, adding that the support from Oyo State regarding the COVID-19 diagnostics and treatment has really helped the department.

“Samples are coming, you don’t have the reagents, especially consumables. NCDC tries to make sure they send down a lot of consumables, but every department, every lab needs to sort out how they get that because the pressure is too much. This is not a Nigerian problem, it’s a global problem, and it’s the same people who are producing the same thing for everybody. So, the demand is high, and then you know with the restrictions of travelling and all of that, getting things into the country is also challenging. So, the little that comes in, the NCDC spreads it out. But with the support from Oyo State, we’ve been able to have these consumables that we need to ensure that our work is going on.

“Also, we know the electricity situation in Nigeria. We have the generators out there; but they cannot run without diesel. The support from Oyo State has helped us a lot in terms of providing constant power supply. Last week, for a whole week there was no public supply of electricity. From the support we have gotten from the state government, we were able to run those generators so that we are able to do the work.

“So, we’re very grateful to the governor and the state for ensuring that this work goes on, because any break in activity is going to cause a lot of havoc.

“You know we need to test, we need to release the results, so that action can be taken. This is not something that you test today and get the results in two weeks, otherwise the result is not valid, you know people are here dedicated doing the work, but you can have dedicated staff ready to work and if the things are not there for them to work they will not work.

“So, in that area, the Oyo State government has made sure that we have what we need to do the work. But as per our status, we’re both UCH and College of Medicine, there’s no gainsaying that.”