Education
By Laolu Harolds and Hendrix Oliomogbe | Benin On Jun 4, 2020 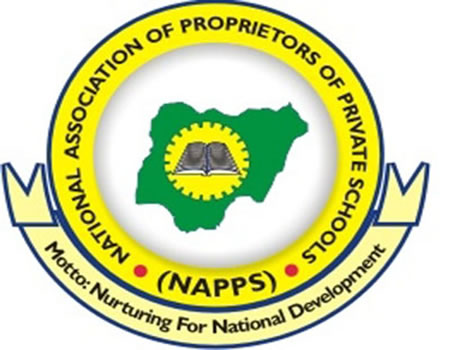 PRIVATE school operators have again cried out over the effect measures put in place to curtail the spread of COVID-19 on their schools, saying their means of livelihood is being threatened.

They have therefore appealed to the government at all levels to come to their aid.

The Lagos State president of the National Association of Proprietors of Private Schools (NAPPS), Chief Amusa Olawale, who spoke on behalf of members in a chat in Lagos recently appealed to government to extend a lifeline to his members, saying they deserve to benefit from the dividends of democracy.

In the same vein, the Association of Private School Owners of Nigeria (APSON) has appealed to the federal government to assist its members in facilitating a revolving loan scheme.

In a letter to the Minister of Education and entitled: ‘Request for Stimulus Package for Private Schools’ Owners and Teachers’, the group noted that the loan should be at highly reduced single-digit interest with at least five-year interest-free moratorium.

Speaking with newsmen in Lagos, the NAPPS president, Olawale, noted that the indefinite closure of schools is threatening his members’ survival as most school owners have huge sums of money being owed them by parents and guardians in unpaid school fees.

He also called on government to give tax holiday to members of NAPPS since schools are on COVID-19-induced holiday.

“We had in our previous memo to government solicited for assistance in the following areas: proactiveness in the management of COVID-19 palliatives aimed at cushioning the effect of the lockdown on the citizens, our teachers inclusive,” he said.

He also solicited for PAYE tax holidays. Since staff and schools are on compulsory COVID-19 holiday, Olawale said all levies and dues that are imposed by local governments and other agencies of government should be suspended.

The association also appealed to government to grant school owners access to single-digit and long-term loan facilities from government-established financial institutions and industries, as well as subsidy on the cost of preventive items and machines that are needed in schools.

APSON’s letter to the ministry, which was jointly signed by Dr. Godly E. Opukeme, national president of the association, Alhaju Abdur-rahman Marafa, national secretary, and Bishop Emmanuel Elakhe, national director of administration, lamented that the plights of teachers in private schools have been exacerbated by the inability of most proprietors to meet their financial obligations.

While noting that the appeal became necessary due to the “life-threatening pains” members are experiencing, the petitioners said that the stimulus package for private schools teachers would enable them and their immediate families survive the economic hardship in the post-COVID-19 era.