COVID-19 survivor: ‘How I got infected, suffered stigmatisation’ 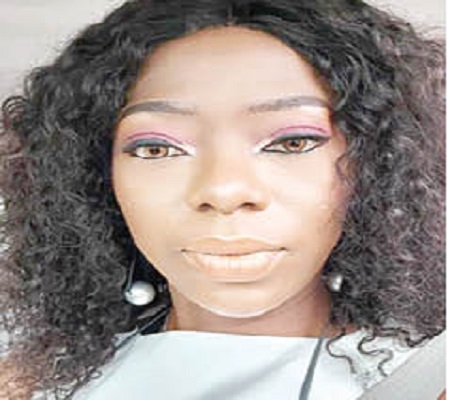 Motosinoluwa Afolaranmi is an events planner and brand strategist who thought losing her job due to the global outbreak of COVID-19 was the worst thing that could happen to her until she contracted the virus while trying to help ghetto communities with relief materials. In this interview by KOLA MUHAMMED, she narrates her ordeal of stigma and rejection, as well as her experience at an isolation centre.

When did you get disengaged from work?

We got a break from work in the third week of March and the management decided to let us go sometime in April. I wasn’t the only one though. We were up to six that were disengaged.

When and how did you start noticing the symptoms of COVID-19?

It was April 16 when I started noticing the symptoms. I was having an unsettled stomach. When I woke up the following morning, I started experiencing aches all over my body and laboured breathing. However, I didn’t even think that it could be coronavirus, not in the slightest. The people I was working with on the humanitarian work were already suspecting but I didn’t know. I was advised to take garlic, ginger and some other things but none of these relieved me. By the time I got myself to LUTH Infectious Disease Centre, I could not breathe again. While I was told to wait for test, I fainted. I was revived. Moreover, I exhibited all the symptoms, and not mildly. I had diarrhoea, I could not smell, I could not breathe at one point, I was on oxygen therapy at another point. It was not an easy journey throughout when I got infected to when I got totally free.

Where do you think you could have contracted the virus?

It was at a slum community in Lagos that we helped with relief materials. The name of the community is Ikota, around Lekki.

Did any other colleague of yours that you visited the community together show symptoms?

No, it was just me. No other colleague exhibited the symptoms.

Was any follow-up done at the community after you contracted the disease there?

I don’t know. The community is a slum. I’m not sure if government has gone that far in taking any steps as regards the spread of the virus at the community.

Are you totally free of the virus now?

I am fine now and no longer exhibit any of the symptoms. I have also taken the final test and I have been confirmed negative.

How was your experience at the isolation centre?

The isolation centre where I stayed was a new one. It was a hotel before it was converted to a makeshift isolation centre. I think I was among the first set of people to be admitted there. We were given retroviral drugs every day and doctors also attended to us. I spent fourteen days there before I was released to return home. In terms of treatment, the doctors would come in and ask everyone if they had any complaint. After that, we would only see them again after some four, five hours and there was no way to reach them if they were not with us. Anything could happen in the space of those hours which is why there should be a way to reach the doctors and nurses when they are not with the patients. Those who were asymptomatic would walk about, play games. In terms of food, I didn’t enjoy most of the food because I am choosy when it comes to food. As coronavirus patients at the isolation centre, test was conducted for us every two days. I did the test up to six times before I was discharged. Nobody that was discharged spent less than 14 days. By the time I was allowed to go home, I was already healthy and did not show any of the symptoms. But I still had the virus. However, I am free now as the last test I did after I got home came back negative. Lagos State is trying, corporate organisations are trying and the media are also trying but I think there is a lot still to be done.

What do you think can be done better in the fight against COVID-19?

From the loads of information being passed across on TVs, radios, papers and other mediums, I noticed that what everyone has been doing is talk about the virus, not communicate. We need to do better in our communication. All the pieces of information out there are not consumable for a three-year-old and if such a kid can’t understand, then it means we are not communicating to majority of society. If all the information cannot be broken down into the basic level of the popular languages in Nigeria, then communication will not be achieved. Information should be translated not just into the major languages but also local dialects. Can we break it down into Igala, Ijebu, Ikale etc.? The ones who still think coronavirus is a joke are not on social media, they don’t read newspapers. Yet, they need to be convinced through simplified awareness messages in the hundreds of languages that exist in the Nigerian society.

Have you suffered stigmatisation as a result of being infected?

Yes, from all possible angles. I suffered stigma from virtually everywhere. Because of the very first interview I granted on COVID-19, I suffered backlash from my immediate family. They said I was dragging the family’s name in the mud because I went on air to disclose that I had COVID-19. People had been calling them to say that we saw that your daughter was infected and it became a bad thing for them. I don’t know why people are thinking that way but then COVID-19 is COVID-19. It is not that you have to do something wrong to contract it. The slightest mistake can get you infected and land you in the isolation centre. For some, it became their early grave. So, it wasn’t that I did anything wrong, nor was I a sinner. As a matter of fact, it was the grace of God that brought me this far; it was the love of God that kept me.

On my way back from the hospital, I was alone on the streets of Lagos because there was no bed space for me nor would anyone help me. I was fainting and waking up on my way back. There was nobody to help me, at night. It was that bad. When an ambulance came to get me at home around 2am, somebody made a video of me being transported and shared it on Facebook. In no time, the whole community saw the video. Parents started talking to their children that they shouldn’t speak to me when I return from the isolation centre, that I have coronavirus. A person saw me on the street and said “aunty corona, welcome oh.” One of the kids I used to play with, also on my street, said to me: “my mummy said that I should not play with you, that you have coronavirus and if I play with you, I will die.” I wanted to get water at a shop and when the seller wanted to attend to me, another customer said, “you better don’t attend to her, she has coronavirus.” The seller however startled me when she replied the other customer that getting infected with coronavirus wasn’t a death sentence and didn’t mean that I should be an outcast. Imagine if that seller was like everybody else, I wouldn’t have had water to drink.

What advice would you give people who stigmatise?

Getting infected with coronavirus is not the end of life and it does not mean that one should be cast away. Stigma will only make things worse as more people will be afraid to come out to get tested. Yet, many could be infected through them. We should observe all the hygienic practices highlighted by the government and know that the disease is real. It is not an illusion. Rather, infected people need all the love they can get. It was an agonising experience; one I wouldn’t wish on anyone else.

‘My new office a game changer to boost Ekiti tourism’

Foundation empowers over 200 youths on vocations