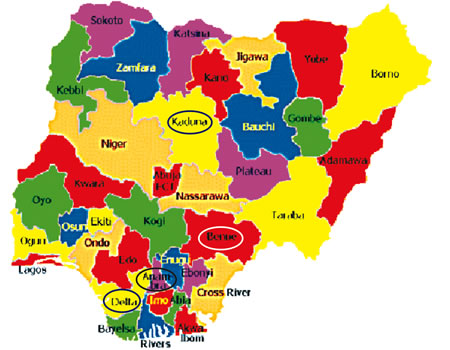 The National Economic Council (NEC) on Thursday revealed that the World Bank has prepared an immediate relief package for Nigeria to mitigate the effect of the coronavirus pandemic, noting that states are to receive a total of $1.5 billion from the bank.

Briefing State House correspondents on the outcome of council meeting presided over by Vice President Yemi Osinbajo, the Minister of Finance, Budget and National Planning, Mrs. Zainab Ahmed, who stated this, warned of serious consequences for the Nigerian economy, which she said will affect the poor more.

The minister was of the view that the global economy is facing the sharpest reversal since the Great Depression.

Speaking on the World Bank’s projections on Nigeria, the minister revealed that government had discussions with the Bank as the World Bank Country Director was invited into NEC meeting where he spoke in respect of their assessment of the impact of COVID-19 on the economy and also their review of the measures that government has taken.

She pointed out that these measures included the N500 billion that President Muhammadu Buhari has approved to support healthcare facilities and provide relief to taxpayers as well as incentives that will be provided for employers to retain and recruit staff during the lockdown period.

While stating that this package also included the increase in the social register by one million households to 3.5 million for cash transfer programmes and palliatives and other social safety net programmes, Ahmed disclosed that the World Bank view is that the impact of the Covid-19 on Nigeria will lead to severe amplified human and economic cost, which will move the country into a recession.

She said the Bank has proposed a package of immediate relief for the Federal Government as well as $1.5 billion for states.

She added: “The World Bank planned a proposed package for immediate fiscal relief for the federal government. This will also involve policy-based policy budget support for the FG, focusing on measures to maintain macro financial stability and create fiscal space for proposed stimulus.

“The World Bank package has also got a proposal of $1.5 billion for the states and this package will be dedicated to the states. And it will be a programme for results which the states are already used to implementing.

“So, the immediate fiscal relief for the states, as stated in the presentation, will include the acceleration of an existing programme to enable disbursement by end of September.

“So, the proposed $1.5 billion plan will by end of September have been disbursed to the states.

“We are looking at an average of between N150 billion and N200 billion based on the plan to the 36 states. These are states that have already made some particular commitments and achievements so that they will be able to get immediate disbursements of parts of these funds.”

Nigerians in India, others will be evacuated, minister assures