CoronavirusLatest News
By Olakunle Maruf - Sokoto On May 20, 2020 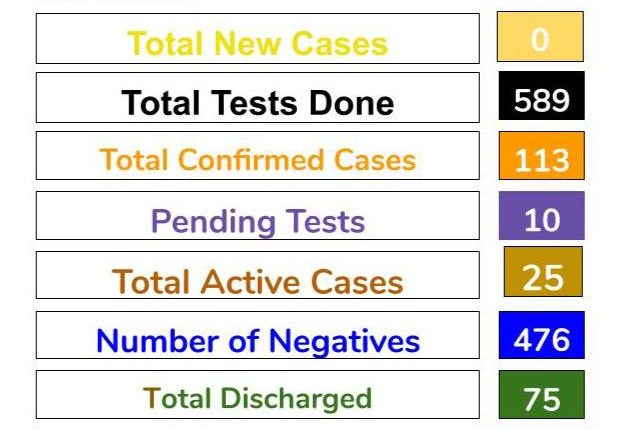 Sokoto State government has again announced that an additional five covid-19 patients from one of the isolation centre in the state were discharged on Tuesday.

The newly discharged five patients have now brought the total number of discharged patients in the state to 75 as of Tuesday.

According to a statement on the official Twitter handle of the ministry of health, the state also recorded no new positive case on Tuesday.

The statement further disclosed that a total number of 589 test has been conducted so far with 476 of them turned out to be negative.

It also explained that 113 of them was returned positive out of which 75 of them has now been discharged after completing their treatment in the state.

The state also recorded 13 deaths so far which the Commissioner for health in the state Muhammed Ali Inname, said were all related to other ailments in addition to their coronavirus status.

Also according to the Twitter handle, the state has only 25 active case in all it’s isolation centres across the state with another 10 tests results pending as at the time of writing this report.

Spain makes facemasks compulsory in public, even for children