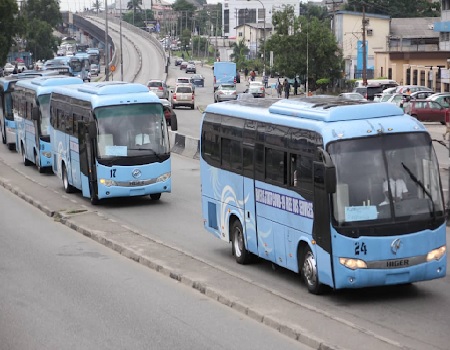 Rivers State Government has launched a COVID-19 Free Bus Scheme to cushion some of the effects of the restrictions occasioned by pandemic on citizens and enhance social distancing among commuters.

Inaugurating the Scheme in Port Harcourt Monday evening, the Commissioner for Transport, Mr Sunny Ejekwu, commended the governor for the initiative which is the first of its kind in the country.

He stated that the buses will ply Obio/Akpor, Port Harcourt, Oyigbo and Eleme Local Government Areas as a pilot scheme.

“With the launch of this scheme, you can feel the pulse of a Governor that is concerned about the health and welfare of Rivers people.

“Since the outbreak of the COVID-19 pandemic, Governor Wike has done so much to show his love for his people. You remember that in terms of palliatives he has spent a lot of resources besides the facilities he has put in place for the safety of the people,” he stated.

The Commissioner said the 28 luxury buses would operate strictly in line with advisories on social distancing, use of hand sanitisers and wearing of face masks.

The buses, he said, would pick and drop passengers only at designated bus stops adding that the buses will operate from 6:30 am to 7 pm daily.

Also speaking, the commissioner for Information and Communications, Mr Paulinus Nsirim, described the Free Bus Scheme as “a gift you get from a compassionate and visionary leader.”

He called on Rivers people to appreciate the fact that Governor Wike is desirous to make sure that they do not suffer during this period.

A cross-section of commuters expressed happiness with the initiative of Governor Wike.

Mercy Nna said she could not believe that the government will provide such a free service.

Another commuter Emmanuel Mbang described the initiative as very commendable and thanked Governor Wike for the gesture.

Recall that on May 27, 2020, the State Executive Council Meeting presided over by the Rivers State Governor, Nyesom Wike at Government House, Port Harcourt approved the implementation of the Free Bus Scheme.