Latest NewsCoronavirus
By Jacob Segun Olatunji - Abuja On May 5, 2020 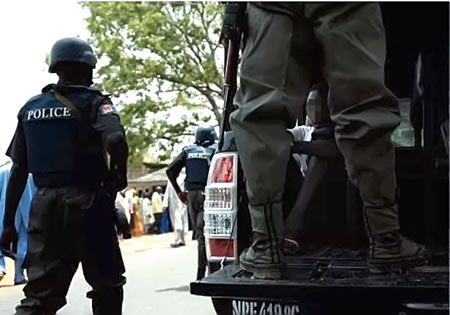 The Federal Capital Territory (FCT) Command of the Nigeria Police, Abuja has commenced the full enforcement of the overnight curfew imposed on the country by the Federal Government.

Recall that the 8 pm to 6 am daily curfew was put in place to curtail the further spread of coronavirus in the country.

A statement made available to newsmen in Abuja on Tuesday by the Police Public Relations Officer (PRO) of the command, DSP Anjuguri Manza stated that no movement of persons would be allowed within the stipulated time.

The statement, however, clarified that essential service providers, especially medical personnel who might be on duty at such hours would be considered.

According to the statement: “The Command, in compliance with the directive, has commenced enforcement of the overnight curfew.

“Members of the public are, therefore, advised to comply with the presidential directive and stay at home within the curfew hours.”

It stated that all should those arrested for violating the directive would be detained and arraigned at the Mobile Courts the next morning.