COVID-19: Payment of allowances to health workers, not our problem, says Ganduje

•As Kano constitutes 17% of total samples collected in the country 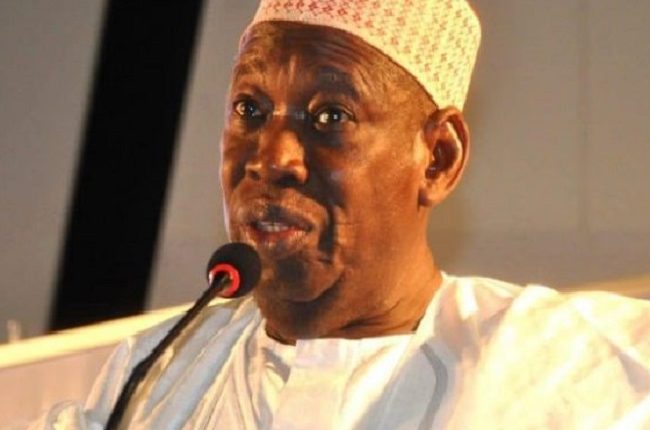 Governor Abdullahi Umar Ganduje of Kano State has assured that payment of allowances to frontline health workers would not be a problem to the state government.

According to him, “When in some states, health workers go on strike in protest to the non-payment of their allowances, in Kano we can beat our chest and say that payment of such allowances is not any problem to us.”

He made this assertion during the media briefing of the State Task Force on COVID-19, at Africa House, Government House, Kano, saying “Our frontline health workers mean a lot to us. We should therefore not play with their welfare at all.”

Governor Ganduje assured that his administration would continue to give all the necessary support for all frontline workers, saying “Together we can win the fight against the pandemic. Media people are also playing an important role in this fight. They are also frontline actors.”

He also noted that the state sends government officials to varying Eid-Prayer grounds across the 44 local governments, to make sure that protocols are observed during the prayers.

“Business is still not as usual. Obeying protocols is the answer. It was because we came to understand that obeying the wearing of face mask is the most difficult aspect of protocols compliance, we relaunched face mask distribution recently.”

In his remark, the Chairman of the State Task Force on COVID-19, who is also the Deputy Governor, Dr Nasiru Yusuf Gawuna, commended the governor for giving an exemplary leadership in driving response against COVID-19 in the state.

“We are very grateful Your Excellency for driving the response excellently. We have reached this impressive point due to your commitment and genuine concern for your people,” said Dr Gawuna.

Dr Gawuna commended ministries of Information and Environment for their unflinching support in the fight against COVID-19 pandemic in the state.

The Technical Coordinator, Dr Tijjani Hussaini reveals that “Kano state gives 17 percent of the total samples collected in the country. As of 29th July, there were 39,365 collected samples. We received result or 32,418, with 1,566 confirmed cases.

While we were able to discharge 1,258, those under treatment are 255. And most of them are undergoing home base care.”