• Says only countries with functional systems can afford total lockdown 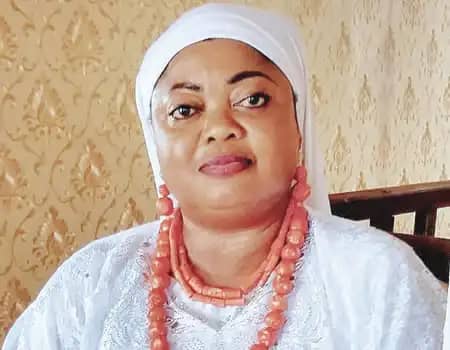 The Federal Government has been called upon to make available the payment of the over-debated stipends meant for Nigerian masses to cushion the effect of the hardship caused by the total lockdown imposed on the people in order to prevent the spread of COVID-19.

Making the call, Erelu Tinuade Mabel Onaneye, in a release made available to WWW, said, it is only countries with functional systems that can effect a total lockdown in a time like this.

Onaneye, the Erelu-Oodua of Aye Kingdom and Irawo Oni of Yoruba, in the statement said, “there is no justification for delaying the stipends meant for Nigerians in this difficult time.

“As effective as lockdown might be in curbing the spread of the ravaging coronavirus, government must be ready to actively play her own roles to make it work.”

She said, “asking a family that can hardly afford daily meals despite their daily hustles to stay indoors till only God knows when, can be very disastrous. Lockdown without food kills faster than COVID-19 itself.”

Onaneye also lamented what she called “the new realm of hardship” she said “many Nigerians especially, women and children have been catapulted into with the additional costs burden caused by the lockdown as prices of food items have continued to rise almost on daily basis and people now spend so much to buy less.”

She stated that, “only a country with functional systems can afford a total lockdown.”

“In the United States and many countries battling the pandemic and enforcing lockdown, their governments put adequate measures in place to lessen their sufferings and Nigeria’s case shouldn’t be an exception,” Onaneye said.

She, therefore, implored the presidency to quickly implement the recommendations offered by independent bodies on how to disburse the money without further delay.

Onaneye was of the view that with about 40 million BVN linked accounts, it would be easy to reach every house, saying, “no matter how poor a family might be, at least one person will have a bank account with BVN through which they can be reached.”

COVID-19: Sokoto Records Three Deaths As Cases Hit 19
Sokoto State governor, Aminu Tambuwal has announced that three persons have died in the state as a result of coronavirus (COVID-19). The governor also disclosed that nine persons who had contact with the second confirmed COVID-19 patient in the state have also tested positive… Read full story

Constitution Review: How Far With NASS Ad Hoc Committee?
The ninth National Assembly has elected to undertake a review of the 1999 Constitution (as ammended) with a view to aligning its various provisions to contemporary political and economical concerns observed by Nigerians from all walks of life. As at the last count, there were over 40 bills seeking alteration of various sections of the constitution… Read full story

EDITORIAL: When Will The Chibok Girls Return?
ON April 14, the country marked the sixth anniversary of the abduction of 276 female students of Government Secondary School, Chibok, Borno State, by Boko Haram terrorists. Since the terrorists invaded the school hostel and abducted the girls on April 14, 2014, the nation has been ill at ease; it has been a case… Read full story

Coronavirus: Ford To Lose $5 Billion In Second Quarter
Ford Motor Co (F.N) said on Tuesday its second-quarter loss will more than double to $5 billion from $2 billion in the first quarter due to the impact of the coronavirus pandemic, but said despite the ongoing crisis it has enough money to last for the remainder of 2020, Reuters reports… Read full story

What TCN needs to do —AEDC

Between public health and sophomoric politics