Business NewsCoronavirus
By Adetola Bademosi - Abuja  On May 27, 2020 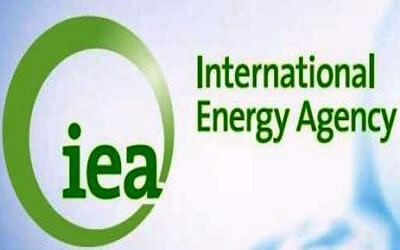 A new report by the International Energy Agency (IEA) has stated that the COVID-19 pandemic will trigger a fall in energy investments with a decline in capital spending by $400billion.

With oil accounting for most of the decline, the global investment in oil and gas is predicted to fall by almost one-third in 2020 due to pressure posed by the pandemic.

The new World Energy Investment 2020 report, released by the agency, on Wednesday,  stated that the larger effects on investment spending in 2020, especially in the oil, is as a result of the decline in revenues occasioned by lower energy demand and prices.

Oil and power sector, the report stated, being the two largest components of worldwide consumer spending on energy in 2019, would record a fall in its spending with oil plummeting by more than $1 trillion while power sector revenues will drop by $180 billion in 2020.

According to the report, a fall in oil demand and prices has triggered an increase in borrowing as well as the likelihood that restrained spending will continue well into 2021.

“The power sector has been less exposed to price volatility, and announced cuts by companies are much lower, but we estimate a fall of 10 per cent in capital spending,”the report read.

The report further noted that if the investment level persists, this would reduce the previously-expected level of supply in 2025 by almost 9 million barrels per day “creating a clear risk of tighter markets if demand starts to move back towards its pre-crisis trajectory.”

On electricity, the report predicted a 9 per cent decline in the estimated global investment in electricity networks, which had already fallen by 7 per cent in 2019.

It also stated that the energy-related government revenues, especially in the main oil and gas exporting countries have been adversely affected.

The report further stated that as a result of fall in demand, prices among other factors the energy revenues going to governments and industry are set to fall by over $1 trillion.

The fall in crude oil prices and demand have affected the global economy and also taken its toll on Nigeria’s revenue from oil exportation.

Already,  President Muhammadu Buhari has slashed the 2020 budget from the initially approved N10.594 trillion to N10.523 trillion making a difference of N71.5billion.

This is due to key parameters, including the price of crude oil which was pegged at $25 per barrel, crude oil production at 1.94 million barrels per day and an exchange rate of N360 to $1.

The Minister of Finance, Budget and National Planning, Mrs Zainab Ahmed, had stated that the N5.365 trillion deficit to the budget will be financed by both domestic as well as foreign borrowing.

In March, she also warned that the Nigerian economy may slide into recession if the coronavirus pandemic continues for the next six months.