COVID-19 palliative: Only N2.4bn out of N32.4bn released to me, minister tells Senate 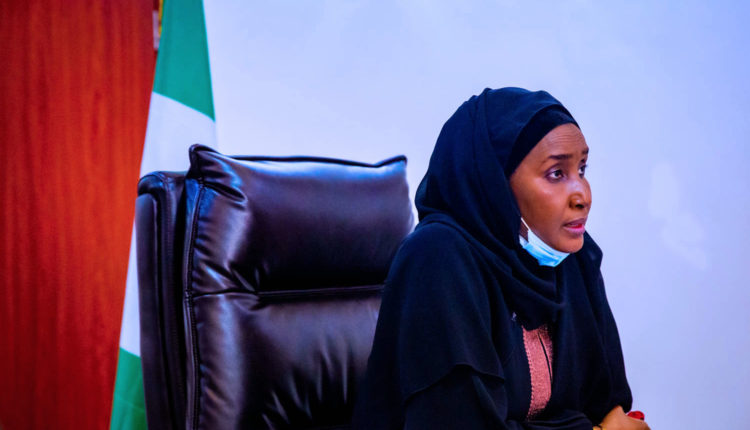 Minister of Humanitarian Affairs, Disaster Management and Social Development, Hajia Sadiya Umar Farouq, on Thursday told the Senate that only N2.4 billion was released to her ministry out of the N32.4 billion provision to mitigate the financial crisis faced by poor Nigerians during the COVID-19 lockdown.

The minister made the revelation while fielding questions from the Senate Committee on Special Duties.

Tribune Online checks revealed that the sum of N500 bilion was appropriated by the National Assembly for social intervention in the heat of the global pandemic.

Hajia Umar Farouq however claimed that the N2.4 billion was spent on feeding of school pupils even while schools were closed down last year.

She further claimed that direct monetary interventions were made available to vulnerable Nigerians across the 36 states of the federation and the Federal Capital Territory ( FCT), Abuja.

Asked to explain how school pupils were fed during the lockdown, the minister said: “We drove to some of their homes based on addresses gathered from their schools and also adopted the template of six person per family and three children in a home.”

She equally told the lawmakers about 33,000 tonnes of rice were distributed to vulnerable Nigerians across the 36 states of the federations.

“We also got a lot of consignments from the Nigerian Customs Service for distribution as palliatives during the period under review aside 70,000 metric tonnes of grains, millets, guinea corn and gari released from strategic reserves on the orders of President Muhammadu Buhari.”