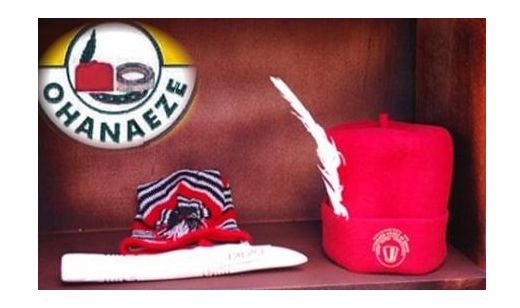 The Igbo Social-Cultural Organization, Ohanaeze and Anambra State Association of Town Unions (ASATU) has called on the Federal Government to investigate and bring to justice those sabotaging the directives on the boundary closure across the country, especially in the South East region.

The due made the call in an interview with Tribune Online, at the Union’s Secretariat in Awka, on Wednesday.

The media parley, according to them, was organized to review coronavirus pandemic and directives as well as some restrictions to check the spread in Nigeria.

In his speech, the President-General of ASATU, Chief Alex Onukwue, expressed disappointment at what he described as ongoing efforts by some desperate persons to compromise the boundary closure by smuggling persons into Anambra state and other states in the South-Eastern region.

It noted that even though the constitution of the country allows freedom of movement for all Nigerians, it is expected that everyone must obey lawful directives of the federal and state governments, especially on interstate movements.

While commending health workers who are at the frontline of the fight against the pandemic, also lauded individuals and organizations for their understanding and cooperation with the government in fighting the scourge.

On his part, the Anambra State President of Ohaneze Ndigbo, Chief Damian Okeke-Ogene, who described breach of boundary closure as unacceptable, tasked Presidents-General of different towns in the state to mobilize their various vigilante groups to ensure that their communities are properly protected.