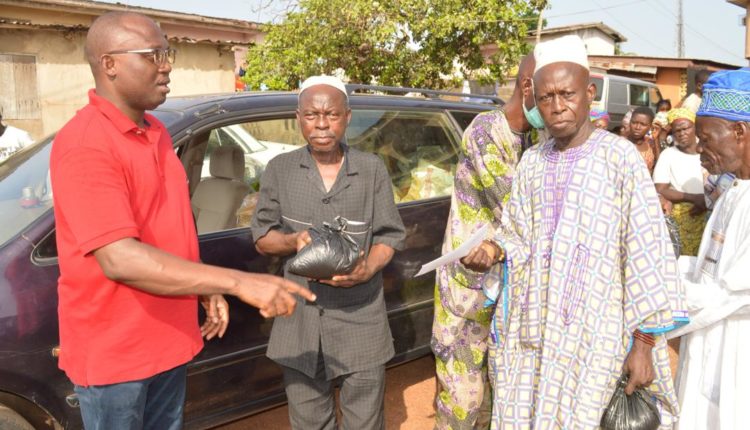 This was to cushion the economic challenges  the Federal Government lockdown would have on the people of the area.

Ogunjobi, in a statement through the leader of Ago-Iwoye Central Development Council (ACDC), Mr. Anthony Daniel, said the donation was his  mite to the people.

The food items and cash donations were distributed to people of Ago Iwoye, Oru, Awa and  Ilaporu in Ijebu North State Constituency 11.

The donor said the target audience might be extended to other class of people in the society in time to come.

He, however, appealed to the people to adhere strictly to the stay at home directive as ordered by the government, stressing that the trying times were in their best interest.