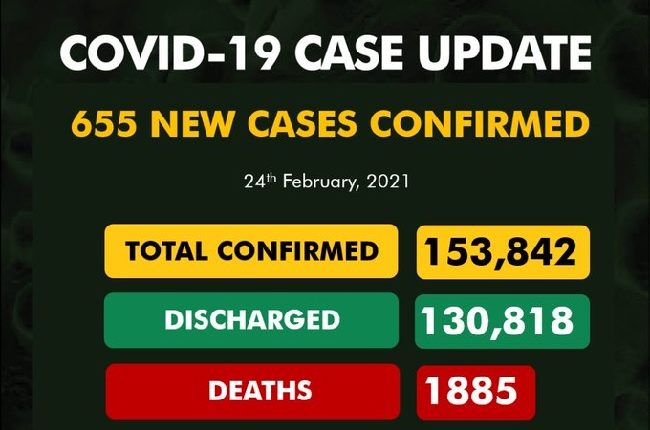 The Nigeria Centre for Disease Control (NCDC) has recorded 655 new cases of COVID-19, bringing the total number of infections in the country to 153,842.

Nigeria also recorded 11 COVID-19 deaths, raising the total fatality in the country to 1,885.

Vice President Yemi Osinbajo has admonished that despite differences in religion, ethnicity, political affiliations, or other diversities, Nigerians of all generations and from all walks of life must endeavour to commit to ensuring Nigeria’s unity because the nation is stronger together than apart…COVID-19: Nigeria records 655 new infections, total now 153,842