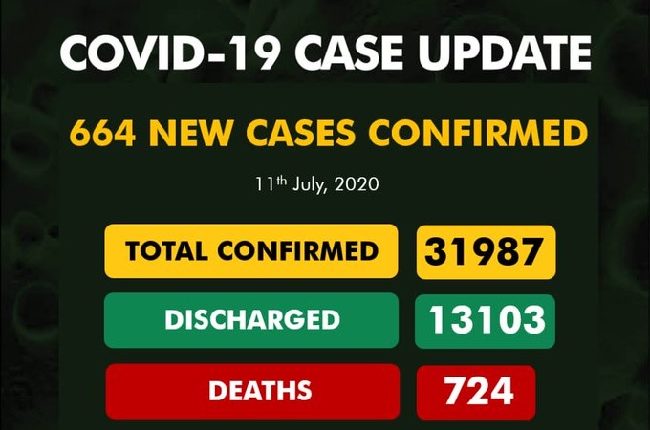 The Nigeria Centre for Disease Control (NCDC) has confirmed 664 new cases of COVID-19 in the country, bringing the total number to 31,987.

The NCDC made the announcement on Saturday night via its Twitter handle.

COVID-19: US breaks own daily record with more than 66,000 new infections