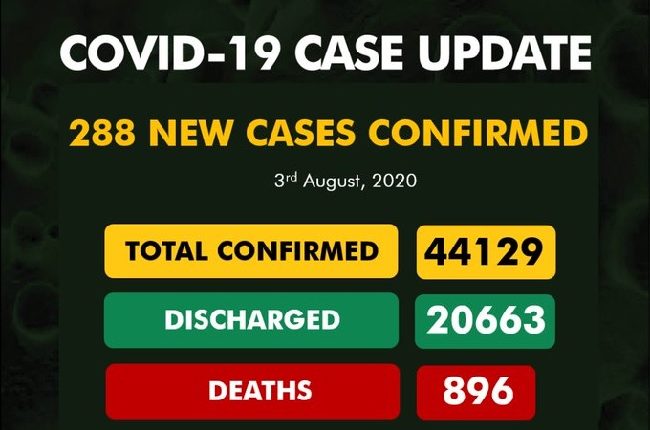 The Nigeria Centre for Disease Control (NCDC) has confirmed 288 new cases of COVID-19 in the country, bringing the total number of COVID-19 infection to 44,129.

The NCDC made this known via its verified Twitter handle on Monday.

Murtala Muhammed’s daughter, Aisha, Graca Machel, others to speak at US Black summit