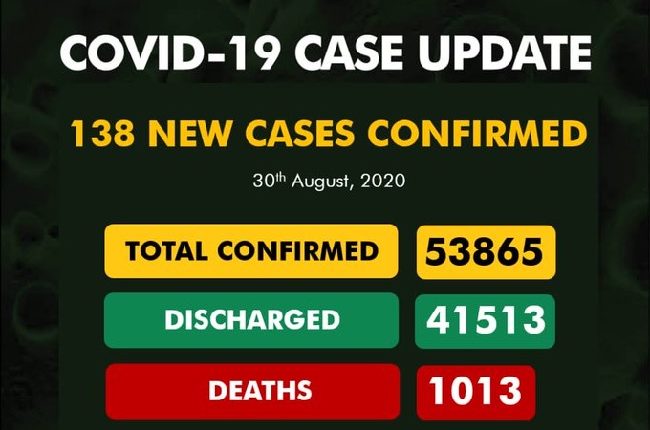 The Nigeria Centre for Disease Control (NCDC) has confirmed 138 new cases of COVID-19 in the country, bringing the total number of COVID-19 infections to 53,865.

The NCDC made this known on its official twitter handle on Sunday.

See the breakdown of cases by states below;

PDP cry to death not new to me – Jimoh Ibrahim