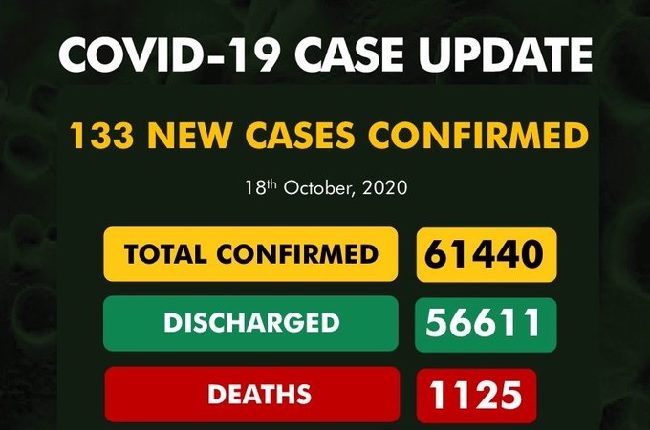 The Nigeria Centre for Disease Control (NCDC) has confirmed 133 new cases of COVID-19 in the country, bringing the total number of confirmed cases to 61,440.

The NCDC disclosed this via its verified Twitter handle @NCDCgov on Sunday.

The training of the officers of the recently created Special Weapons and Tactics Teams (SWAT) unit by the Nigeria Police Force (NPF) in place of the disbanded Special Anti-Robbery Squad (SARS) will commence on Monday in Osun and Nasarawa States.

Nigeria needs leaders who will unite the country —Osinbajo