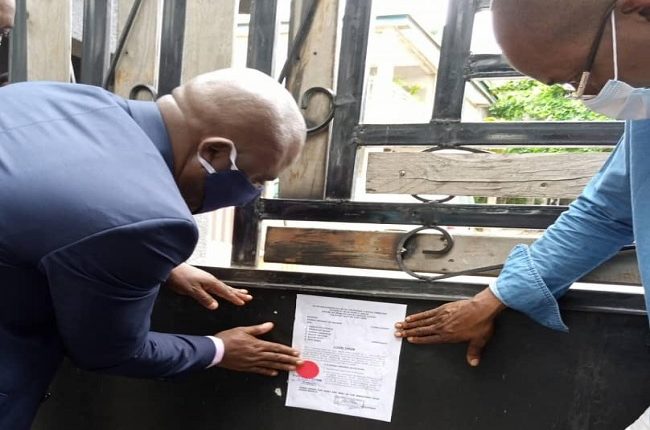 A Federal Capital Territory (FCT) Mobile Court, on Monday, ordered the seal up of Missouri hotel in Maitama District of Abuja for allegedly operating a nightclub within curfew hours.

According to the Magistrate Idayat Akanni, the hotel will be sealed up for one week, while 11 defaulters will engage in three-day community service with the payment of a fine of N5, 000 each.

Among the defaulters were six staff of the hotel, others were those found on the premises for partaking in the social gathering, which according to the court, constituted night club activities.

While addressing newsmen, the prosecutor, Udeme Umanah, who is also Chief State Counsel to the FCT, said: “Eleven defaulters arraigned before the mobile court were tried and found them guilty and sentenced accordingly.

“They opened up their hotel and were engaged in night club activities in the area, thereby they were arrested,” he added.

Also speaking, the Chairman, FCT Ministerial TaskForce on COVID-19, Ikharo Attah, who led his team to enforce the seal up order, said they were arrested, on Sunday, and tried on Monday, respectively, following the receipt of complaints from the residents of the area.

According to him: “The hotel has been sealed up pending when the court decides otherwise, in the next one week, until then, the place is to remain under lock and key.

“The action is to serve as a deterrent to others, who run nightclubs, bars and restaurants, to ensure that they actually obey the rules. And if we found anybody like this, the place will actually be sealed up.

“Those who are running nightclubs and hotels should please desist from violating the COVID-19 guidelines, only hotels are allowed to open for business, while their bars and nightclubs should not be opened, as anyone who contravenes should face the music,” he stated.