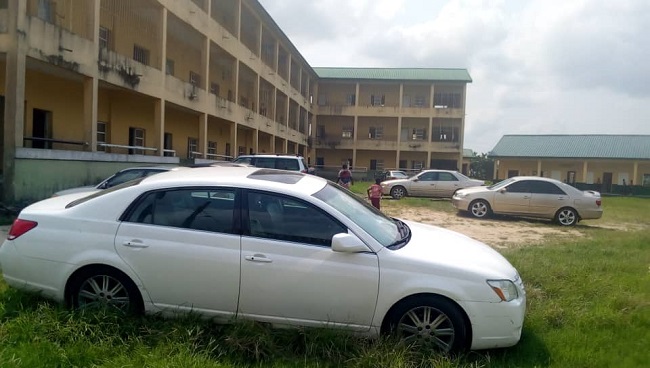 Share
There was a low turnout of students at schools in Delta State on Monday being the revised date of resumption handed down by the state government last week.
Checks on Monday revealed that although public and private schools were opened only a few pupils were sighted in schools around Warri and environs.
At Cavegina Primary School in the heart of Warri, our correspondent was barred from taking photographs of the almost-empty classes since the headteacher was said to unavailable.
Only a few students were present at Ojojo Primary School.
Headteacher of the school, Mrs Vivian Edede attributed the scanty number of pupils to the usual lackadaisical tradition of most students to always undermine being at school on the first day of resumption.
“Today is the first day of resumption and students don’t usually like coming to school on the first day with the excuse that they are not going to do much teaching,” Mrs Edede noted.
Meanwhile, to curb the spread of COVID-19 scourge in the school, there were handwashing bowls and hand sanitisers but only a few of them used their face masks.
Edede said she has been speaking with parents on the importance of nose masks and has made it compulsory from next week, adding that those without nose masks would not be allowed to enter the school compound.
Further checks at Uwangue Secondary School and Mowoe Primary School, all in Warri South Local Government Area showed students roaming with zero adherence to COVID-19 protocols.