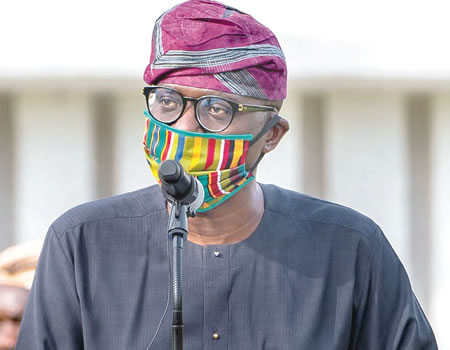 The Lagos State Government on Tuesday announced the introduction of online verification exercise for pensioners of the state.

The Commissioner for Establishments, Training and Pensions, Mrs Ajibola Ponnle, told newsmen in Ikeja on Tuesday.

Ponnle said that the year 2020 edition of the state’s bi-annual verification exercise for its retired officials usually known as ”I AM ALIVE”, would now be held virtually.

She said that an online Biometric and Facial Verification would replace the existing status quo.

According to her, the new approach is in line with the government’s efforts to reduce the effect of COVlD-19 pandemic in the state and in compliance with physical distancing rule and protocol.

”The Y2020 online Biometric Verification Exercise of Pensioners will now be done in the Civil Service Pensions Office with verification of all pensioners in batches of Local Government and Local Council Development Areas.

”Therein, selected staff will be assigned to conduct online interview from allocated telepoints/telecentres within the office for respective pensioners based on their Local Government Area.

”Let me also stress that optimal use of technology will form an integral part of Y2020 biometric verification exercise with the use of Zoom/Skype or any of the Cloud 1CT applications to replace the usual physical appearance of pensioners for the ”I Am Alive” validation session of the exercise,” she said.

The commissioner said that the modalities for the online verification involved pensioners using any of the specified online applications (Zoom/Skype) to have access to officials to verify their documents and to ascertain that they were alive.

Ponnle said that the ministry did not anticipate any hitches with the process, and was also not unmindful of the associated challenges with new initiatives, especially technologically-driven ideas.

She said that the ministry had plans in place to make the process seamless and orderly for the retirees.

The commissioner, therefore, called for the cooperation of all relevant stakeholders to make the first of its kind initiative achievable.

Ponnle assured the pensioners that due diligence would be followed from the beginning of the exercise to the end.

She said that pensioners would be carried along on the sensitisation concerning the online verification.

”I want to thank the entire Civil Service Pensions Office (CSPO) for this initiative and for their readiness to confront this daunting task.

”I am very confident that the staff are up to the task and would make a great success of the entire exercise at the end,” Ponnle said.

The commissioner commended the State Governor, Mr Babajide Sanwo-Olu, for his thoughtfulness and compassion for pensioners in the state.

“The issue of COVID-19 pandemic would have been an excuse to put the exercise on hold, but the governor, being a listening leader, approved the exercise for the pensions, in spite of other competing priorities of the state,” she said.

Mr Ajibola Olagbaye, the President of the Association of Lagos State Retired Heads of Service and Permanent Secretaries (ALAHOSPS), thanked Gov. Sanwo-Olu for his kindness toward the pensioners.

Olagbaye also commended the commissioner for the online verification initiative, which he said would be of immense benefit to the retirees.