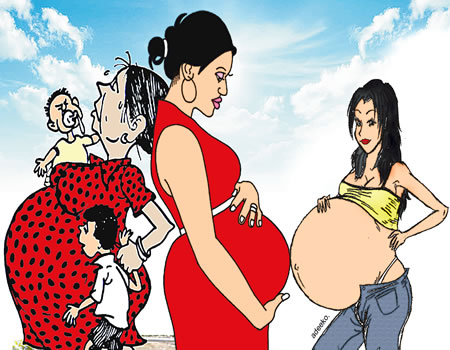 THE Federal Government has been told to ensure the sustenance of family planning (FP) because poor access to family planning and the COVID-19 pandemic are taking a heavy toll on women.

Dr Emonena Bernard, a family planning service delivery expert, gave the charge at a media roundtable meeting by DEVCOMS. The thrust of the gathering, “COVID-19: maintaining demand for family planning  services, experiences from the field.”

According to him, there is a need to maintain the demand for family planning services during this pandemic so as to check unwanted pregnancies that could arise from increased sexual activity from the lockdown.

Dr Bernard recounted many cases of unwanted pregnancies that occurred during the lockdown, saying they were sad experiences linked to family planning commodity stock-out, restriction of movement and lack of information on where to get family planning services. “Nigeria already has its hands full with reaching its set target of contraceptive prevalence rate for modern methods (mCPR) of 27 per cent. Currently, Nigeria’s mCPR is 12 per cent with all methods at 17 per cent. This leaves much to be desired.

“To lighten this load and save our women, children, men and our society, there is a need to increase and maintain demand for family planning services amidst the lockdown. Family planning should be branded essential service to avoid hindrance to service uptake,” he said.