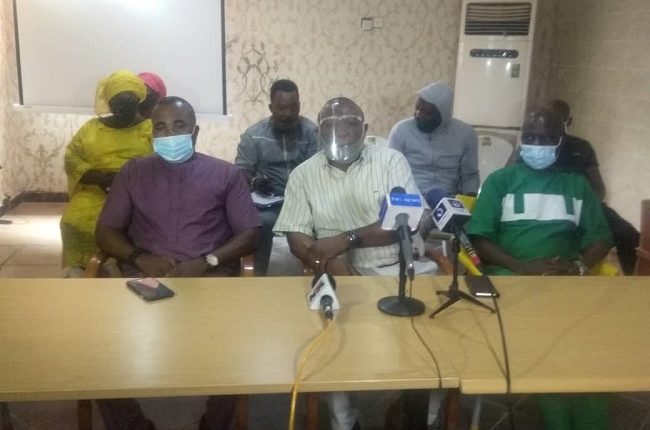 People in the hospitality industry in Kwara State have called on the state government to set up a consolidated fund to enable them access loans in single-digit interest and moratorium.

Speaking with journalists in Ilorin, on Monday, the people, led by Mr Ben Nwabor, said they engage about 5,000 individuals, promised to start repayment after COVID-19 pandemic.

“Since people in events and entertainment want to conform with NCDC rules of not having illegal activities and we want to cooperate with the Kwara State government in ensuring that we flatten the curve and the disease disappear in the state completely, we, hereby, plead with his Excellency to have a consolidated fund that we can access loan on interest but with moratorium.

“A lot of us have gone into one loan or another before COVID-19 and the banks are not listening to us for now. They say you must pay, and we do not want to be avarice to the government. And the appeal that moratorium on the loan we request should be post COVID-19. It will help us not to throw off all our staff. We have to maintain security because of our equipment, our drivers in case there are jobs to come. We cannot continue to maintain all these people and at the same time, we still want to conform with all the rules of the state government. We want to conform to the rules of NCDC. We want to stay safe and we want Nigerians to stay safe. This is our appeal.

The group, who pledged their support to the state government on its efforts at encouraging entrepreneurship, said they were the first set of people whose businesses were shut down immediately the virus was detected in the state.

“We are not against his Excellency. Hospitality and entertainment are the first to be shut down immediately COVID-19 started and we are likely to be the last to be opened when the coast is clear. We want to ensure that we conform with state government rules, we want to conform with NCDC rules and the Federal government of Nigeria rules.

“In conforming with all these rules, all those of us who are entertainers are also entrepreneurs and in the upstream and downstream of entertainment and hospitality we have more than 5,000 people that are lined up there and those 5,000 people may behave another 59,000 people that are lining up behind them. Since the shutdown, two things have happened to us. Our equipment is dilapidating, because of lack of use, all who have trucks the trucks are down because we can not keep warming all those batteries on a daily basis. The halls have gone down because of lack of maintenance.

“Knowing the state of the economy of Kwara State, we are not asking for the government to dash us money or all the palliative that is being done. We are professionals and in being professionals, what we have seen that is being done in other climes is what we want to be adopted here and what is being done in other climes is that hospitality, entertainment contribute close to about 60 per cent of every GDP in any country of the world and we would not allow COVID-19 to affect the hospitality in Kwara State.

“What everybody is trying to do is to make sure that this industry does not die. Lagos State has done that with a consolidated fund of N1billion to all the entertainers, and other states are also making other moves to do that. That is why we are appealing to his Excellency to please look into our plight and find a way to give us soft landing so that more people will not be put into unemployment market as a result of the negative effect of COVID-19.

Ize-Iyamu kicks off campaign, promises to focus on agriculture

Not One, But Two Crises – Nigerian Economy Still Devastated By The COVID-19…